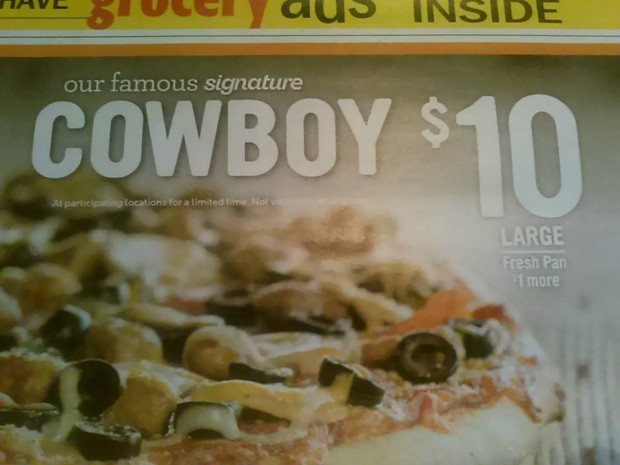 You never consider just how much your national identity hinges on food until you’re outside of your nation and without your food. It’s not like I was an aficionado of Irish food. I would struggle to even name 4 or 5 dishes, if pushed. I’ve never constructed an Irish stew, and since arriving here I’ve constructed few stews at all. But the food here doesn’t even really rhyme with the food back on the island. Firstly, there is Italian food. There’s mexican food, Indian food, Turkish, African, Lebanese, and there are so many pizza shops as to be functionally uncountable. And this will all likely occur within a few city blocks of one another.

This is largely because there’s a really high population of immigrants here, and immigrants always make the best food. That’s why the British national dish is probably Indian in origin. Weaving food culture into the main culture is something Americans do remarkably well, and remarkably often. During the national holidays of summer, like Presidents day, Labor day, 4th of July (etc) there’s food. These holidays aren’t really about celebrating the tenures of presidents or the gains of organized labor, or celebrating Freedom. Well scratch that last one – 4th of July is crammed full of freedom. It’s a stuffed crust freedom pizza with freedom fries, and the crust stuffing is freedom. Guess what it’s topped with. If your guess was freedom, you win some more freedom.

But back to the point – these holidays are about food. There are plenty of cookouts and barbecues, and these terms are not synonymous. What most Europeans consider a barbecue is just a cookout – you’re cooking food outside. There’s no holiday that doesn’t require, necessitate or demand food, usually in copious quantities. From what I’ve seen, quite a few Americans relax by eating. And who am I to judge, I knew a lot of Irish people that need to get blackout drunk once a week to ‘relax.’ I’m pretty sure the drinking is the more damaging habit.

I don’t say Americans love to eat as a negative statement – I’ve never felt more welcomed to any table I’ve visited, even if it was at a Chili’s. Once you engage Americans on their own turf they can be a very welcoming people. The view from outside is that the US is insulated without being isolationist, and that’s likely what gets people’s backs up. This notion that the US pokes its nose is around the world, which refusing to take note of anyone else. That sort of isn’t the case if you look at the food though. There’s little more American than Italian pizza, or German hamburgers, or really watery beer.

From what I’ve seen, food is this double edged sword worldwide, only because so much abundance exists. It’s notable that with increased food availability obesity has spread beyond these shores, but that’s hardly the only factor. For many cultures food is love, largely because food has been in such short supply at times. The famine in Ireland occurred around the same as the US civil war, which is well remembered all over the US, so I feel like each exist in fairly recent cultural memory for these cultures. I’ve found myself aware of not having enough at times in my life, including here, so I can totally understand why people reward themselves, medicate themselves, mood-enhance themselves, and over feed themselves with food.

Food invites probably the best cross cultural exchange we’ve yet figured out as a species. We don’t speak the same language, we don’t look the same, but we can both agree that your people can cook the fuck out of a chicken. The sauces of this culture so compliment the cooking style of that one, and American barbecue is made a little better with Asian sauces. When immigrants come into a country, particularly this country, they are in many cases lifted out of an environment where there isn’t enough. Enough what isn’t important, because America has more than plenty of enough to go around. And these people are willing to share, as there is plenty to go around. Food isn’t that expensive here, but Kimberlee and I have run into times where means didn’t match demands, and not through personal failure or frivolity but through poor economic circumstances. But we were shared with.

A little money buys your average dweller of the United States a lot of food. And this culture has the wonderful notion of leftovers. You never cook one meal, you cook at least two at a time, one for now and one for later. This leads to people begging you to take food at the end of parties, often enough food to feed you for a whole day. And these parties will almost invariably put out a decent spread of food, because it’s a party, and we eat at parties. Whereas I’ve seen Irish parties where there wasn’t so much as a packet of peanuts, but there was enough alcohol to drown a horse several times over.

Cooking with leftovers in mind changes your perspective on food. You purposefully cook too much, but you’re often surprised when you open your fridge the next day, and there’s two or three dinners in it, ready to go. The food is almost magically “extra” because you didn’t eat it yesterday. And when you always seem to have a bunch of extra food, when a stony broke friend like me remarks on being a bit peckish, I’m presented with a turkey dinner with all the trimmings, because it was stuck in at the back of the fridge.

I did indulge in an American thanksgiving after I arrived this year. My first thanksgiving. It was a small family affair with all the local members of Kimberlee’s family, and we ate like Babylonian kings. There was macaroni and cheese – home made, not the boxed stuff, which by the way is probably one of the most foul things I’ve eaten that was supposed to taste that way. Never trust powdered cheese. There was a full turkey, many greens, two kinds of stuffing, sweet potatoes, biscuits, gravy. My once-a-year epic meals usually include a fair lashing of beer too. It’s comforting food, it’s winter food, it’s family food. Most of the food I’ve eaten here falls into those designations. They say baseball’s the national pastime, but I’m inclined to believe it’s eating. If time isn’t spent eating, it’s spent preparing meals, or watching cooking shows, or sitting in the drive through. And I get it to some extent. Eating is the first pleasurable thing a human does, and for many they will continue to derive pleasure from it throughout their life.

Unless they’re eating a cowboy flavoured pizza. There’s the downside to food, the other edge on this sword that provides us with as much as we’d want. The money. So when food is so abundant, and there are so many choices, the marketing gets a little out of whack. So it’s not actually cowboy flavoured pizza, it’s just called the cowboy.

But the responses from the regular peanut gallery for the original WTF America posts bear repeating:

“hmmm…”cowboy flavour” makes me think of leather and dust.” – Robin

“It should be spaghetti western flavor!” – Joe

“Denim, gunpowder and Jim beam was what came to my mind first” – Eamon

This is the problem when a market is so competitive, food is so abundant, and everything has its price driven down. A system will go off its rails. So each sector of the market is looking for a niche, or an edge, or something that puts them over on the other guy. Some come up with cowboy pizza, others offer all you can eat, others give you free champagne with Sunday breakfast. Chili’s for example, for 50 dollars provided Kimberlee and I with over 3,000 calories of food to consume in one sitting. My end was a burger and sweet potato fries. Add in bottomless chips and salsa, and split what I can only refer to as a cookie pie dessert, and you’ve consumed more in a sitting that you would usually in a day, an amount that many around the world wouldn’t consume in a week.

And I don’t say this to shame anyone out of eating, or to trot out the old ‘There’s starving children in Africa, so eat your peas’ trope. Food can break down the culture barrier. But there’s so much emotion, marketing, and other things tied up in American eating and American food that the food kind of becomes its own impenetrable monolith. The best way I’ve found to deal with it is total immersion – eat what they give you, and you will more often than not be pleasantly surprised. Thanksgiving dinner was wonderful for me, as it reminded me of Christmas dinner in Ireland enough to stave off homesickness over the holidays, but it told me enough about this new place that I lived in to make me feel right at home.

I attend a party and there’s so much that’s offered to you that greed doesn’t really cross your mind, and that’s a challenge given that Irish people will gladly ignore their conscience and eat too many biscuits, and then later castigate themselves about it. I’ve not experienced any caginess around food here. Within abundance people will share all day, but within abundance there’s less to tell you no, other than that reflex that makes you unbutton your pants after dinner.

It’s an odd relationship these people have with food. But it’s an odd relationship that Irish people have with alcohol. Turn down a drink back home and you’ll almost invariably be met with a question: “Not drinking? Are you on antibiotics?” because obviously there’s something wrong with you if you don’t want a drink. Here there’s no such attitude. Maybe you just don’t want it. I’ve never eaten better in my life, both in terms of quality of food, and the level of nutrition. Trying food from different cultures, especially this one, has broadened my horizons and my palate beyond anything I considered. I’ve lost weight, I’m fitter, and you get used to the bacon.

Never did try that cowboy pizza though. Or that precious cheese. Or that suddenly salad. or that bacon bowl, those blue chips, or the pigs feet, or the frozen white castle burgers, or the baconless Bac’n pieces or the creamy Peter Pan peanut butter.