As I mentioned in my videos, specifically the Drinkin’ with Dave 3rd episode, I mentioned that I’ve been having problems with this latest brew.

The first port of call for me [As it should be for everyone] is my hydrometer. My original gravity was 1.049 which meant I could have a total possible yield of about 7% if all of the sugar was fermented out. Now various factors such as the type of sugar used and the attenuation of the yeast [Which means how much of the yeast actually turned sugar into alcohol] and lots of other factors. Read about more of those factors here

My final gravity seems to be 1.014 right now, and that’s a little high for a finished beer, according to what I’ve been reading.

Other than the scientific and mathematical methods listed above [and in that link] there are a few low tech methods of figuring out if fermentation has finished.

1. The first set of tests are visual: has the airlock stopped bubbling? is there a thick layer of white gunk [the trub] on the bottom of the fermenter? Does the beer look clearer?

2. The taste test: the stronger the sweetness/yeast taste the less likely the fermentation has finished. If the beer tastes sour or like sulfur, then your brew is probably contaminated.

The final step I took after these scientific tests, calculations and visual/taste tests I decided that it was time to do an experiment. A picture and the experiment after the jump. 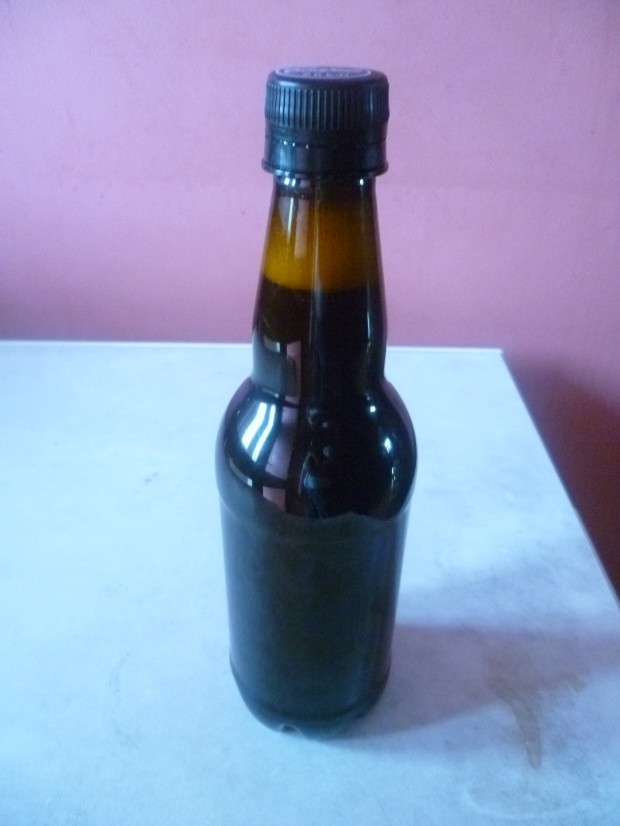 The experiment is very basic: I bottled a beer the same way I plan on bottling it when the bock is done, and now we wait. If the final gravity has in fact been reached, and the fermentation is finished, then the bottle will carbonate normally, and it won’t explode. If in a few days the bottle is firm like the beers that have come before then I’ll bottle the batch. If it’s dangerously carbonated or the bottle bursts, then the batch is not ready.

If anybody has any advice I’d be glad to hear it in the comments.