A slightly deeper thought on homebrewing

So most of the updates for the homebrewing have been done on the fly, either with a quick picture submit or some hastily slapped together words about how it wasn’t bad.

However today I’m going to give it a little more depth.

The brewing was incredibly easy, throughout. Even when I was worried about contamination, and airlock bubbling speed the processes remained idiot proof. The reason that using the kit was so easy is because the kit (and the brew cans) remove the hard parts of making beer. Namely making the wort, catching wild yeast, etc. It would be hard to make it simpler.

After one week in the bottles the beer was pretty bad. It wasn’t carbonated at all, it was still cloudy, and it was a little panic inducing. The great reassurance of the internet let me know that this was totally normal, and that I should leave the beer longer. Patience is key in this whole process. 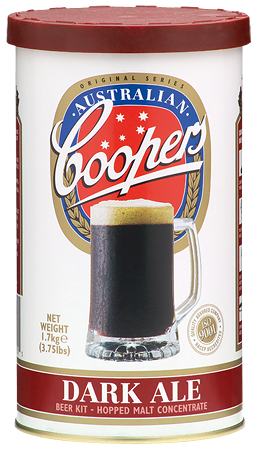 Continue after the jump for the conclusion, and info on the next brew.

When the second week came around I had chilled the bottle overnight and put some glasses in the freezer. The beer was much clearer, though not totally clear, and it tasted good. It was nothing spectacular but it was a solid, well rounded, tasty beer.

The third week came and I had decided that it was time for a large scale test: A party. Eamon and I headed up to Letterkenny to have a bit of a bash with Sin, Frank, Kev and Red [All of whom I’m sure have been pictured on this blog before] Adam was working the next day, but partook of one beer anyway.

The beer had clarified very well and most of the bottles were at optimum carbonation. The group had not been expecting anything outstanding but everyone seemed pleasantly surprised. Adam proclaimed it generic, but that wasn’t a mark against it. One or two of the bottles remained stubbornly cloudy and there was a bottle which could have been mistaken for sugar water.

Overall the beer impressed but only because it was being judged as a home brew. It didn’t come up to the standards of mass produced lager, but isn’t that the point?

Just a little news about that picture above the fold: That’s going to be the basis of my second batch of beer, which I ordered today. My first brew was a very solid proof of concept. Everything was a success, and I hope to have many more successes in the future.

Oh by the way, I’m not affiliated with coopers, or home brew west. I just think that they make good products and I always encourage people to learn new skills.