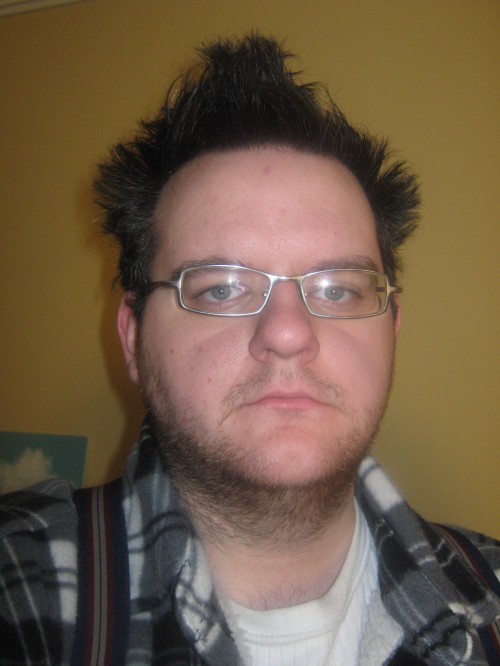 Bad news after the jump.

This is Koschei. He had been missing for a few days, and when I was walking back from the shop I found him lying dead at the side of the road.

When we first got him he didn’t really know how to love; it was like he had read about it in a book that had no pictures. He head butted the cat carrier because he wanted us to pet him.

He had a mental illness and liked to yowl while running up and down the stairs.

When he was in freak out mode we’d go cat fishing: stand at the top of the stairs and throw a toy mouse on a string to the bottom. When he’s about to catch it, drag it back up quickly.

He was pushy, and whiny. He’d be quiet for hours, but as soon as he noticed you filling his food bowl he’d start whining incessantly until the bowl was on the floor.

He peed on some stuff, and he seemed to like peeing on my stuff the most.

He was learning to talk; he could say “mom” and “hello”. He used to sneak up behind Frank and say hello so he could scare the crap out of Frank. It was hilarious.

His name was Koschei, he was our cat, and we loved him. We’re gonna miss that little furball.