Once more unto the breach… Day 6 of hat week.

This is probably my least worn hat of late, it is the dirtiest, it is the lowest quality, it is essentially the worst. But damn it all if I don’t love it. It’s the first real hat I ever bought. 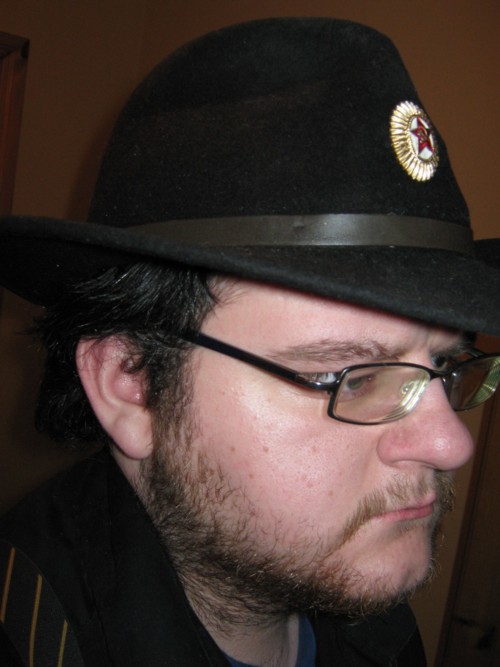 Well that’s not strictly true, there was one other proper hat first. Used to wear it all the time. Unfortunately I only hat it for about 3 months until it got stolen. As such it’s very hard to track down a picture of that hat, so here’s the best I’ve got. 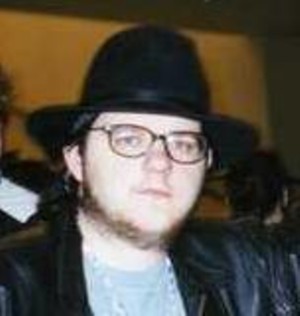 Oh the horrors of youth. And disposable film cameras…. But yes, that was a great hat, it was really inexpensive, and if I saw it again, I’d buy it again.

More info after the jump.

Back to the oldest hat that I still own. I was in Northern Ireland with the family a few years ago, I think the summer before I started University, and we were doing a little shopping in Omagh. First we went to Argos, which I’ve mentioned before on the blog, and I spied a big silver dollar sign ring. At the age of 17, this seemed quite cool, and I nearly bought it, save for the fact that they didn’t have my size in stock. I left with the intent of going back later to check for my size another day, or ordering the ring for later collection.

The next place we visited was Marks and Spencer, an English upmarket-ish chain store. Sitting on the bottom shelf, on it’s own, on sale in the menswear department was the above pictured hat. I tried it on and fell in love. Stunningly it cost the same as the dollar sign ring. Screw the ring I thought, the hat’s the thing to get. And I bought it.

When it became a bit dull a year later I stuck a communist badge on it, and it’s remained with me ever since. It’s even appeared in a film, in which I was an extra. I was wearing it by the way, so if you see The Wake Wood this Halloween keep an eye out in the crowd scenes for me and my hat. It’s an old standard that hat. Love it to bits.