Why do people trust Dr. Oz? 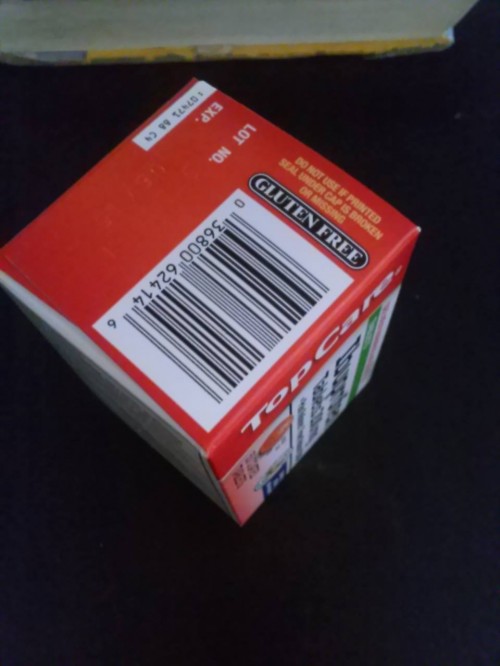 So the idiots lantern, the goggle box, the boob tube, the unblinking eye. This box sits in homes, bars, hotels, airports et. al all around the world and it’s a constant stream of information. Sometimes that information is important, sometimes it’s entertaining, sometimes it’s just a test card, or a fire burning on christmas day, but the television is always there.

Television is not a uniquely American product – I grew up on television. My father watched the moon landing on tv with his father at a neighbour’s house. I grew up on cartoons, same as you, I watched movies months after they came out, just like you, I got my news from it, I learned about the world from it, I watched the twin towers come down. Television has united the world, and divided the world. We may think that the internet has supplanted it as our main source of television, but most people outside of my age group still spend more time watching the flickering, humming window than they do surfing Twitter and checking Facebook. The tv is constant companion to our lives.

It makes sense that people trust it. It’s always been there, throughout their lives. Many have never known a time without it. They grew up on, same as me. But as time goes on, people are diverging from the opinions of the television. People access information outside the main narrative, for good or ill, and they construct the world given information they have sourced themselves. The internet may not have supplanted TV, but the genie is out of the bottle when it comes to everyone thinking in lock step. Used to be that only crackpots had divergent opinions. Now it’s anyone with an internet connection and a curious nature. When you have all the world’s information at your fingertips you are no longer beholden to that one source, that ever present siren in the corner of the living room.

That said, people still trust the TV. I was at a party a few months ago, and someone made some comment about Dr. Oz in conversation with me. I know maybe two or three things about Dr. Oz: first he’s a doctor that appears on TV, and secondly he sells health supplements in commercials. I guess it’s only two things about Dr. Oz. My follow up comment was something along the lines of “Sure, what are you listening to him for?” which I considered to be a fairly innocent dismissal of a TV doctor. I was met with an emotion that was a little more than contempt, and a little less than anger. I dropped the issue swiftly, because nothing sucks the fun out of a party like an argument, but it got me thinking. People trust Dr. Oz. And I can’t help but wonder if they trust him because he’s a doctor, or because he’s on television.

The TV here asks me to trust it all the time. Often it asks me to trust it more than I would trust my own doctor. I’ll explain. I’m watching the 6 o’clock local news because my I’m new to the area, and it’d be nice to know what’s going on in the locality. I’m greeted with stories of murder, and burglary, and shootings, and stealing, and you’d never leave the house if you believed that the world was that bad out there. Most dangerous thing in my neighbourhood, which has been known in the past as “Sin city,” are the frat boy party buildings on the corner. And I’ve no fear of them fellas, they’re only partying. Between the stories of murder, and the closing story about a duck that learned how to love, there are the commercials.

Commercials for boner pills. Now if you’ve lived a sheltered life I’ll fill you in as best I can while being as vulgar as possible. If you have difficulty laying with your wife, in the biblical way, in your twilight years, there are little pills that can help you out. These pills can cause an effect. If this effect lasts longer than four hours, a doctor should be consulted. After watching the local news for a few days I came to the conclusion that I was the only person under the age of 50 watching it, because every commercial was for medication. Heart medication, cholesterol medication, blood pills, and the star of our show – boner pills. The commercials for these things, and all medication, use the phrase “Ask your doctor if blank is right for you.” Come again? Why am I asking my doctor about medication, if I am not currently on these medications? I’m inclined to go to the doctor, and have them offer me advice or prescriptions based on symptoms I describe. I had no idea I had vertigo until I went to a doctor after a prolonged dizzy spell. I’m sure that I wasn’t going to ask my doctor about specific types of medication.

Which brings me back to Dr. Oz. I began floating the idea for this chapter, I mentioned that it might be about Dr. Oz and the fact that, from what I’ve heard, he’s a bullshit artist. I was roundly beaten down, not because Oz isn’t a bullshit artist, but because he is in fact a doctor. I don’t doubt that he’s a doctor, I just wonder how much of his motivation revolves around furthering his TV show, reach, celebrity, and audience, instead of handing out sound medical advice. Recently he called for questions on Twitter, and was met with a wall of people calling him a quack. Seems that my relatively blind distrust of a doctor on TV was partially founded. The New Yorker called him the most trusted doctor in America, and asked if his focus on the TV show was detrimental to the health of his patients, and the American people at large.

This is the first chapter of WTF America that has entailed any research on my part. Most of the rest of the words in this remarkable feat of literary greatness have been lived experiences, things that have happened to me. A subjective tale of life as an immigrant. I had to read some stuff for this one, because the response I kept getting to Dr. Oz was resoundingly positive from people that were aware of his work. I haven’t watched an episode, but he reportedly pulls in 4 million viewers every day, which is a hell of an achievement. However, the focus of this chapter, while it seems to be Dr. Oz, it isn’t. I’m just curious as to why Americans seem to trust the tv.

The standard assumption is that people trust doctors, so they trust Dr. Oz. But when the TV tells you to ask your doctor about pills, when it tells you to request your cholesterol medication by name, to essentially tell your doctor to prescribe you something, then are we to believe that we’re supposed to trust our doctors? Or do people trust Dr. Oz because he’s on the television. People trust the news anchors, so they believe what the news anchors tell them. I used to challenge myself when I was in college to watch Fox News. It was a student of media, journalism, and film, so the challenge was to watch Fox News and fact check in real time. I was trying to analyze claims made, to view agendas, to examine subtext, to derive what the true message was underneath all the coded language, and the ladies with the blond hair and long legs. Watch Fox News some time – note the way that the woman with the blonde hair is always sitting in a way that shows off her legs to their fullest extent. I did the same thing with CNN. It was most fun to run this experiment on live rolling news, because you could see a story break and then you’d see the anchors, pundits, and bullshit artists scramble to fit each new development into a narrative that the producer thought would pull in the greatest number of views.

Rolling news makes people scared. The pattern is to scare you into listening to them, and then each time you’re scared of the world, you’ll seek them out to tell you what the real story is. And then they’ll scare you again. A lot of stuff is objectively scary, like Ebola. But ebola is easily defeated with a little purell, or just soap, water, and not touching dead people. Throughout the election cycle, which wrapped recently, the narrative was border fence. I get that Arizona is on the border, but when every commercial, pro or anti, mentions the border fence with the intent of scaring you into voting for one person or the other, I’m not inclined to trust any of these people.

I’m not inclined to trust people who have their financial well being tied to selling things, or tied to a TV show, or something else along those lines. I get it – bitches gotta eat – but why would I trust the person that’s selling me something to anything other than sell me something. My brief and likely in fact paltry research has led me to the belief that Dr. Oz is a salesman. And that’s all well and good, sell your heart out. Sell those diet pills, and those herbal boner pills, and the shakes, and the nutrition bars, and all the other shit, because that’s what you do. But when you approach the issue as a reported expert, and then you act like you’re doing people a favour by offering them a life solution or a cure, then you’re a bullshit artist. If it walks like a duck, and it quacks like a duck, it’s more than likely a salesman selling duck repellant at a discounted price.

What I’m getting at here, is that some people trust the television, and I don’t really get why. If you’re living in a nation besieged by media messaging, branded content, advertising, and agendas slated by profit at every turn, why would you trust anything at all? I’m not saying that the ‘official message’ is horse shit, because sometimes it’s just untwisted truth that’s being passed along. Sometimes you need to just get you some facts so that you can have a better understanding of the world. But take a little time, and look at the other side. You can totally dismiss them as quacks and crackpots if you like, you can let everything you’ve just heard slide out of your head as soon as you’re done reading it. But maybe don’t trust the TV once in a while. I’ve never been of the opinion that TV makes people dumbed, I just think that people put too much stock in it. And when living in a country like this, the TV is everywhere, and perhaps its just safest to just assume that not everything you hear, or read, or listen to is either gospel truth or total bullshit. Get some more vitamins and a little more roughage in your media diet. But not Dr. Oz’s pills.