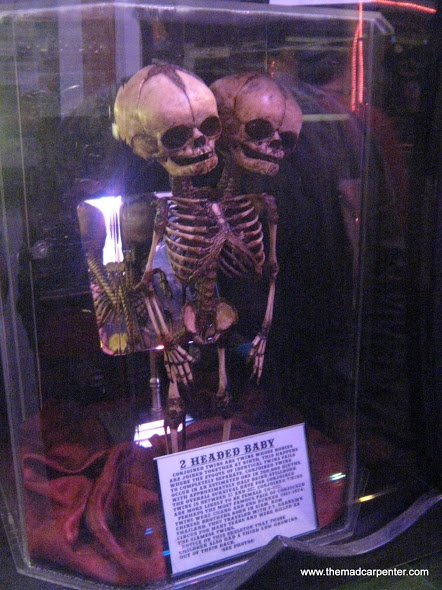 Not everything in this book has occurred since I moved here in 2013. I have been here before, both times to visit Kimberlee. The first was in 2009, and aside from confirming that I loved the woman that would become my wife, it was pretty uneventful. Nothing too crazy happened. Living as a tourist for a few weeks takes a lot of pressure off the experience of being here.

It was the second trip before I started to notice the crazies. I’m lived in some pretty small towns throughout my life, and the crazies are pretty easy to spot. When you’re in these little towns, everyone knows everyone else’s business so knowledge of new or old crazies get passed around, to keep everyone alert. Or you just get used to spotting the nutters, or rather the general behavior of Irish nutters.

I can’t spot an American nutter, because most of you look alike. You mostly look like Americans, and my assumption is that you’re not all a bunch of whack jobs. The media might tell me a little different, and if Facebook is to be believed every single person that your friends encounters is sick in the head, and apparently trying to destroy them. I’ve been accosted by two crazy people since I’ve been here and the experience isn’t pleasant, not because it’s inconvenient but because you’re facing off with mental illness even if briefly.

Situation the first: I’ve gone to the gas station to buy a couple of beers, for that is what my heart desires this particular evening. I lock up my bike, and go inside, past a woman having a very animated conversation on a payphone. The payphone isn’t the crazy part of this story. When I go back out and begin unlocking my bike, I hear a statement from the woman at the payphone and I genuinely can not figure out if this was intended for the phone or me. “If you see someone, like, trying to rape me, call the cops or something. Be a human being, and call them instead of just standing there.” Having dealt with the occasional Irish nutter, I remain silent and go about my day. The phone hangs up, she proceeds to her car, which is a white honda accord stuffed to the gills with what I assume is this woman’s entire life.

“This is why this whole place is going up like Sodom and Gomorrah” she says to me, as I catch her glance. Never antagonize a nutter. So I nod and say “yeah” and go about my day. This woman still sticks with me to this day, because she’s become this odd touchstone for me in relation to how I encounter and deal with the world. I doubt that I was in a position to help her, or make her life better that day, though I certainly would have done her the favour of complying her request if the situation called for it. I remember her, because you can’t really inhabit the mind of another person, so you kind of need to do your best to imagine yourself in that position. I brushed her off as a crazy, because that’s the easy thing for me to do, instead of recognizing her as a person like me, with problems like me. Not that her problems sounded similar to mine – I just lacked beer – but I feel like the best way to engage with humanity is to imagine other people as complexly as possible, to quote John Green.

The second crazy was also in 2011 in Huntington Beach, and she caused an existential crisis. She was wandering around a parking lot, weeping openly and shouting that her bike had been stolen. Standard protocol says avoid eye contact, head down, keep moving. It was as I rode past her on my bike that I was accused by her, of the strangest thing. “Do you even have a face?!” she says. Which is not what you want to hear when you’re an immigrant in a new land, who’s struggling with losing an identity as they adjust to a world they’ve never lived in. It’s a pretty cruel thing to say to anybody, to accuse them of being some faceless non-person.

The usual response to this kind of behaviour from most is silence or violence. Shouting back or ignoring people. I went to an Electric Six concert this year, and on the walk from the gig to the tram, I passed several sleeping homeless people in the city center. The homeless, the mentally ill, the down on their luck, the freaks – the crazies – never seem to get a fair shake. It pains us more as a reportedly civilized society to recognize the existence of these people that it pains our society that the circumstances that put them there exist. This is not a problem unique to the United States – few countries really take care of their crazies and their freaks properly.

In the city of Venice in California there’s the Venice beach boardwalk, and it houses the Venice Beach Freakshow. Kimberlee and I went in there, to see the three headed turtle, and the mermaid skeleton, and the electric lady. All that good stuff. I don’t watch it, but people are terrifying themselves with American Horror Story: freakshow this year. On this level we’re happy to engage with the things we’ve sanitized before we’ve encountered them. Behind the glass the cyclops skull isn’t so scary, but when there’s no glass between you and the guy on the train that’s calling fellow passengers baby-killers, that’s where humans are uncomfortable.

Is this an indictment of US government policy? Yes and no. I don’t believe that America breeds more crazies than anywhere else. By and large I’ve found Americans more polite than a fair amount of Irish people I’ve had the displeasure of running into. Back home, there’s your nutters, there’s your genuinely dangerous people that you’d always give a wide berth, and then there’s a contingent of drunk people you’ll probably have to deal with if you leave the house on the weekend. Here though, there are different breeds. There’s those religious fundamentalists that protest at the planned parenthood clinic in my neighbourhood. There are open carry people that really need to go to WalMart with their AR-15 rifle. There’s that asshole that rode behind Kimberlee and I in his truck honking for almost a full minute, because we dared to be in the street on bicycles when he was clearly a righteous road user that could dictate that we shouldn’t be there. Some of the same Irish crazies are here, but there’s a whole other subset of unique ones.

This internal debate of mine, over the lack of compassion for the freaks and crazies, never really reaches any resolution. In any immediate situation where you’re faced with these sort of people, most people shut down and don’t engage, because the first thought is for personal safety. And when personal safety is the first thing in your mind, people make a lot of terrible and shitty decisions that cause terrible things to happen to their fellow man, by action or inaction. I try to find the best in everyone, I try to help whenever I can, but I like most just stay quiet. When the crazies intrude on this quiet civil society of ours we’re confronted with the mistakes we’ve made as a society – the people aren’t the mistakes by the way, it’s the policies we’ve made as governments and as people. We decide to cut funding to mental health programs, either because we voted for something else, or because we made healthcare too expensive, or because we allowed greed to propagate in some way that made casting people out the most economical thing to do.

Or maybe we choose to ignore people will mental illness because we do see them as human. They’re us. And we’re terrified when we see that our reflection is so fun-house mirror, because we know that maybe a quirk of mental chemistry could put us out on the street, screaming at cyclists.

To lighten the tone, there are another group of freaks that I’ve run into. People that shout things out of car windows. There are a lot of cars here, and I have never before been subject to so many high speed, dopplered opinions. I’ve taken to waving at these jackasses as they bray from passenger side windows, or as they hurl giant iced slush cups at me. Or as they declare “Fags!” while driving past my wife and I. You can’t imagine these are the most observant fellows. What is it about surrounding people in armour – amour that’s capable of travelling at 100 miles an hour, has air conditioning, political talk radio, and can separate them from everyone else – that turns them into assholes?

Maybe everyone’s crazy people it’s in the constitution. You can say the most insane shit you like, and it’s totally covered. Nobody is even really allowed to stop you from saying it. Nor are they allowed to take away that gun. The counterbalance is that nobody really has to listen to them. You’re free to ignore your fellow countrymen if you disagree with them. And I do roundly disagree with parking lot lady – I do have a face.

Are Americans crazy? Nah. They’re polite, they’re welcoming, they’ve got a decent handle on things. I’d say they appear crazy because the culture is different. You don’t have the cultural touchstones that are, say, growing up hunting, so carrying a weapon around seems insane to people that have never handled a gun. Yelling at someone from a car is pretty much always insane though. Don’t be doing it.

I don’t really have a solution for these problems. I’m just attempting to observe, and perhaps catalog the world around me for future reference. Reference for me, and reference for you. We could behave more compassionately around one another, both in the immediate area, and in the abstract. Vote for the candidates that you think will do the most good for the most people, maybe? Perhaps talk to your friends that seem to be presenting symptoms of mental illness, so they don’t slip through the cracks before they can get help? Give to those charities that will get people back on their feet?

All the world over, people will have their nutters. Americans are normal. Their crazies seem crazier to outsiders though.