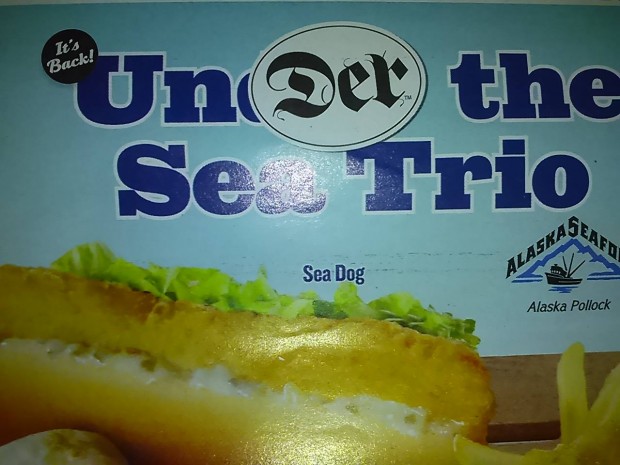 The whole concept of ‘culture shock’ can be kind of hard to explain. Most people that have ventured outside their own country for vacations have likely not even encountered culture shock, as they’ve exposed themselves to similar circumstances – eating chips on the Costa Del Sol. Either that, or they’ve gone on vacation to vacation settings, like going to Vegas, or going to an all inclusive resort where it’s possible to do nothing but sit on a beach and drink umbrella drinks for a month. These cases don’t really expose people to a wider culture, because they’re vacation settings, wherein there are expectations that line up with what vacation means in the mind.

Another barrier to experiencing culture is simply time – few people who do spend time abroad spend enough of it. Vacations exist in this odd space-time where that part of the world doesn’t exist for you while you’re gone, and you don’t exist to it when you aren’t there. (This is a useful time to mention that I’m just this guy, you know? The opinions expressed herein are not to be taken as some sort of gospel) Spending time in a place gives you a knowledge of that place that the locals get after time. You build more accurate mental maps, the world around you begins to breathe and live, instead of just grinning maniacally at your money with sparkling teeth behind neon lips.

So to explain culture shock to people I developed an analogy, a small parable that goes a long way to illustrating the feeling of culture shock. And that is the parable of the three-fingered Kit Kat. So the story assumes that you know what a Kit Kat is, and I believe that most people do. Biscuit, wafer, chocolate candy confectionery. Snap them in half exactly in the centre, between the Kit and the Kat. The come in bright red packages, and honestly they’re quite hard to miss. They’re familiar to many. And what’s notable about them is that they come in pairs, or quads. There are two fingers, or there are four fingers. Or one massive finger if you’re buying chunky, but that’s not important. The parable is as follows.

Imagine you wake up somewhere you’ve never seen. You eyes come to focus, you being to take in your surroundings. Bed, pillow, sheets, duvet. Further out there is a side table, lamp, window, television, phone. Given your level of cultural understanding, you’ll probably recognize this scene as a hotel room of some sort. Checking the side table will confirm that bias, as a bible presents itself, but that’s when they uncanny creeps in – you can not read this bible.

The ideograms, letters, and characters are so foreign as to be indecipherable. The window offers no familiar skyline, not even one that you might have seen in that terrible movie that one time. Venturing out of the room, lands you in a hallway full of doors, and given that exit signs are usually accompanied by lights, you follow those. An elevator presents itself, and the lowest button is probably the ground floor. If it is you’ve been very fortunate, and you stumble into a foyer. Now there are people you don’t recognize, or understand, or know. Exiting the building and wandering into this city gives you no further clues as to your location.

Everything is so remarkably different that it’s difficult to take in at all. All is symbols and greek to you, until you spy something akin to a corner store. Oh sweet bastion of convenience, that may contain delights that you might recognize. Food that by packaging or appearance will make its flavour and texture instantly known. You pass by carts with strange fruits on them, you walk past the pictographic newsprint, and you enter this store. You know stores keep candy by the register and there it is. And there’s that familiar red packaging sitting front and center. For the first time since waking you understand something – this is a god damned Kit Kat. You are certain, and you are positive. You don’t even need to talk to the cashier, you can just put some of these coins down next to your touchstone Kit Kat and you’ll be handed back the spares and the Kit Kat.

You walk out with your spoils, you crack the wrapper. And there are three fingers on this Kit Kat. It’s the last damn straw. You’ve got absolutely nothing left to give, and nowhere to go, and even if you were to grab someone and shake the bejesus out of them, they don’t understand your language and they’ll be no help. Such is the life of an immigrant. I can’t grab someone and shake them until they understand Father Ted, or shake them until they inherently get that Ireland is not England and that there was a period of war about that fact.

The culture is not your own and trying each day to navigate it throws up a lot of these three-fingered Kit Kat moments. My wife, Kimberlee, likes to say that her and I don’t speak the same language, and we don’t. She has the vocabulary of a college educated California girl, who is well read and a proficient non-fiction writer. On paper we both speak English. But in the practice of the whole thing, my brain operates much like this sentence – overly wordy, with questionable syntax, and a lot of divergent activity. And it’s cause, is growing up while speaking in native Hiberno-English.

You can look up the dialect if you don’t believe that it’s a real thing, but most that would talk to me begin to pick up. Words that don’t exist on this side of the ocean squeak their way in and bring the conversation to a grinding halt. Todger being an example. While, in the sense that “It’s while cold,” and then there’s the grammar. The phrase ‘be being’ is a staple of my speech and thinking, because it was never driven from me as a speech pattern. Irish people have a remarkable capacity of cramming 5 minutes worth of conversation into an hour, and it’s through the use of redundant phrases like be being, and taking a remarkably long winded route to the solution of a problem that probably didn’t exist in the first place. It’s not the gift of the gab, it’s the curse of the gab. We simply can’t allow a silence to go unfilled, an occurrence unremarked-upon when there’s occurrences to be remarked upon.

To return to a point made several paragraphs ago – three fingered kit kats. By the way, I’m not sure where I picked up the idea for the analogy, but somewhere out there on earth there’s a place with three fingered kit kats. These smaller moments where you marvel at something unremarkable to the locals are the moments that you remind yourself you’re an outsider. It’s not exactly alienating, but it certainly feels a little alien. I was once told that blending in among the Yanquai was the key to getting along with the natives, but I find it very difficult to blend in when presented with religious breakfast cereals, or hot dogs made of fish, or chicken and waffle flavoured crisps (potato chips) Or just the concept of chicken and waffles, I mean really, fried chicken for breakfast.

These kit kat moments pervade my days in a way that’s inescapable. There are different languages at play. When requesting tea, the choice of iced, hot, green, sweet or unsweetened presents itself. Instead of just saying yes, you now have to choose, and likely the choice can’t be answered with ‘yes I’d love a cup.’ You certainly won’t get your standard cup of Irish or English style builders tea, which is milk and two sugars. It’s not even remotely the same tea when it does arrive. American tea, Lipton is the standard choice, is made from Orange Pekoe tea leaves, and Irish and English tea is Assam tea. Limited research has told me that Orange Pekoe isn’t even a tea in itself, it’s a grading system for cut tea leaves. So it’s in no way region specific. It lacks in punch, it’s thin and not nearly as malty as I’d enjoy. Special instructions are required, along with assuming that there’s a supply of ‘English breakfast tea’ at your chosen hot drinks emporium, to attain something that’s universally understood in the old country.

But this isn’t the old country is it? And not only will strangers and friends remind you of this, but you’ll find reminders all by yourself every day. When you go to step off the kerb and find yourself looking the wrong way each time for over a month. When you go to someone’s house and they don’t have a kettle with with to make the all important tea. Everything you took for granted isn’t the same anymore, and what’s more you’ll have people look at you cock eyed because you’re not aware of their status-quo.

Without these familiar cultural touchstones it’s easy to lose yourself. I had to relearn how to drink of all things. A pint isn’t a pint here. The standard 568ml pint cannot be found, unless you visit an Irish or English themed pub, and then you’ll find that it costs more than an American pint. For the uninitiated, the Irish pint is 20 US fluid ounces, and the American pint is 16 US fluid ounces. There are ridiculous reasons why the US fluid ounce exists, and it’s different from the UK fluid ounce, but I digress. To complicate matters, the beer cans most often exist in 12 US fluid ounce bottles, or 24 ounces, or 32 ounces, or 40 ounces if you’re willing to drink some of the worst battery-acid special-brew bullshit water on the market. A further complication is the percentage. American beer has a floor of about 4.5 percent abv, whereas mass market Irish beer has a floor of around 3.8 percent abv. Add to that my homebrewing experience which saw our final brews come out at 2.8 percent. So many early parties were plagued with the Irish guy drinking too much, which is a wonderful way to introduce others to your people.

Each person is an ambassador for their tribe, their people, and I do try to be a better ambassador. Even if I’m only advocating for better tea, and maybe beer that isn’t 7 percent alcohol in a weird sized can.