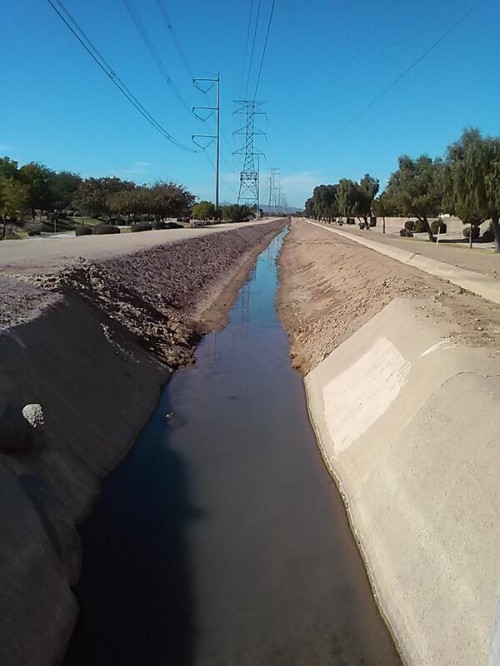 I've never been to the US/Mexico border. This is the best representation or borders I have.

No, not talking about a comforter or a snuggie. The warm blanket that wraps Americans is America itself. Follow me down this thought path. Something like 20 percent of Americans own passports, last I heard this conjecture, so there are plenty of people that will never leave their own country to go to another one. (A small amount of research tells me the number is closer to 46 percent, so maybe take the rest of what I say with many grains of salt)

So Americans go to Mexico, they go to Canada, they go to many island nations in the Caribbean where umbrella drinks are abound. They do leave their country, and there’s a strong representation of military service, so a lot of Americans see the world that way. I wonder if you need a passport to be in the military. I’m sure there are plenty of people in Ireland, the UK and other European countries that never leave their country. But it’s harder back home to stay in one country the whole time. It’s hard to stay in the one town your whole life these days. There are plenty of things that happen in Ireland that will require you to go to Dublin, the capital city. Every Irish person will at some point or another end up in Dublin, without fail. Even if it’s just to go to the airport, because there’s only really one international airport in Ireland, and it’s in Dublin.

European nations live very cheek by jowl. And with the lax border practices between those countries, and various agreements between countries, you can actually walk from one country to another without encountering a checkpoint. No fence. No passport, no wall, no angry man with a gun looking at people funny. You just drive into Germany for the day. You take the train to Amsterdam, or Monaco. I went to college in Northern Ireland – part of the UK, and I spent the weekends across the border in Donegal. You’d have had a hard time doing that 30 or 40 years prior, what with the troubles and all.

Maybe this is one of the main mindset difference between the Irish and the Americans. Irish people have a legacy of emigration. I have it in every living generation of my family, and a couple before that too. My ancestors went to Europe, to England, to America, to Canada. They came to Ireland from Scotland in the first place. I come from a long line of migrators. But people don’t often expatriate from America, and if they do it’s nowhere near the amount that leaves from Ireland as a percentage of the population. Ireland has seen about 1 percent of its population leave every year in the last few years as the young, educated populace found the job market unable to support them. You don’t have to leave America if you’re an American citizen.

There’s so much country here that you’d have a hard time seeing it all in a lifetime. There’s a meme game going around on Facebook at time of writing that has you post a map, and it colours in the states within the US that you’ve visited. All I’ve seen of this country so far is bits of Southern California, bits of the Valley – i.e. the greater Phoenix metropolitan area – and a terminal or two in JFK Airport. Oh, and a bar in the Atlanta airport, and a few gates. That’s not even enough of a representative sample to participate in the meme. Or quiz, whatever you fancy calling it. It’s shown me that most of the Americans I know are at least fairly widely travelled within their own country at least.

The arid deserts that stretch all the way from Mexico to Monument Valley in Utah. The skyscrapers of east coast cities, the urban sprawl of Los Angeles as seen from Griffith Observatory. The wide open plains of Kansas, the rocky mountains, the appalachian mountains, the grand canyon, the mississippi river. New Orleans during Mardi Gras, San Francisco during Pride, Rhode Island in the fall, Seattle in the spring, Alaska under Aurora Borealis. There’s plenty of country to go around, and there’s a mass of diversity to be had among the people, and the places to see. The diversity in food alone is probably worth visiting all 50 states for. Ed Byrne, another Irish comedian, remarked that upon discovering you were Irish, Americans at American tourist destinations would say “I bet you don’t have anything like this back in Ireland.” His response was that we’d have nowhere to put it if we did have a grand canyon, or mount rushmore.

Ireland’s small. I’m sure I’ve said that before. But to make up for its smallness, it’s close to other European nations. And that’s where the diversity in Europe lies – quite close by. You can drive to mainland Europe from Ireland if you wanted to you know. You take your car to Northern Ireland, and get on a ferry to Scotland. Then drive to London and get on the channel tunnel, and bing bang bosh, the train scoots you under the channel and you’re in Paris. From there you can keep driving until you reach China if you have the time and the inclination. America is smaller than that distance, but it’s a more manageable distance. You could visit it all in a lifetime if you dedicated yourself to it. Many do. There’s plenty of retired couples putting their cash into an RV and rolling along the roads to see what there is to be seeing. There’s that open road again.

But how’s the intellectual landscape. Also diverse, but how is the understanding of the world outside these borders? If I’m honest, often confrontational. So a story has been developing here for a while now, and it involves people crossing the Mexico/America border without papers. Right there, I know I’ve probably lost some of you. Because people who cross the border without papers should be deported, and that’s the end of that conversation. But my reading has told me that a lot of the people reaching the border are unaccompanied minor from central America, not from Mexico. So that’s kids. Getting from El Salvador to America, because conditions are so poor there, and because people are being killed. That sounds like the behaviour of refugees to me.

But the rhetoric around the border, especially here in a border state, is so harsh that you’d think that Balrogs, and Tarrasques, and mothertrucking liches riding chaos dragons were all that comes across that border. Build the fence higher, add more barbed wire, send the army down there and start shooting at anyone seen walking in the vicinity Politicians attacked each other a lot in the political ads running up to the election on their border record. I get it, people are scared of terrorists. I saw several mentions that ISIS/ISIL/whatever were coming across the border to strike at the American homeland, so elect governor asshole because his fence is bigger, his fence is longer, his fence has a moat full of electric eels and navy seals. Don’t elect governor jerk because his fence has holes, or isn’t a fence, or his plan is to build some sort of superhighway right into the state, so all the Mexicans will come in and eat all our flags, and work all our guns, and teach all our children. Or some such nonsense.

I’ve heard people casually suggest that we should nuke Syria and Iraq because ISIS/ISIL/whatever are there. Pre-emptive strikes seem to be fairly popular in the rhetoric when it comes to foreign affairs. And being a pinko, commie, socialist pacifist, that doesn’t jive with my pill hugging, tree popping look at the world. I get it, your local media covers what happens here. And I get that most of the time what comes back into the country from overseas is war noise, or conflict noise, because if it bleeds it’s news, and if it’s news from elsewhere it’s probably about war. The six o’clock news here will have a fuzzy bunny story at the end, but it’s always about American fuzzy bunnies.

This leads to the impression that the world outside of the US is dangerous, or because it’s not like America, it’s tyrannical. There was somewhat of a panic caused when “Europe banned Fireball whiskey!” For the uninitiated, Fireball is a whiskey liqueur with cinnamon in it. Atomic fireball style cinnamon. Really hot, burning cinnamon. I don’t understand the desire to make whiskey even more fiery, but whatever tickles your pickles mate. To cut to the chase – ‘Europe’ didn’t ban anything. Norway, Sweden, and Finland recalled Fireball because it had levels of propylene glycol in it that exceeded recommended standards. This was a problem with one batch, it seems, and I’m sure Fireball will be back on shelves in no time. But the myth is out there now, both that Europe banned it, and that there’s anti-freeze in Fireball. There isn’t by the way. Propylene glycol is used in lots of things, like my e-liquid. It’s most likely in your toothpaste or your ice cream. Go check, I’ll wait.

So America can act as a warm fuzzy blanket. It comforts people, because it says that the outside world is scary, but you’re safe here. But in all honesty, the rest of the world isn’t a threat. As much as people outside the US bitch about it, you’d be amazed at the amount of people that would break your arm to get a free plane ticket out of your hand. Americans save us all their lives to visit their homelands in Europe. During the good times in Ireland, people were flying to New York City to do their Christmas shopping. No shit, they’d stay a few days, shop til they dropped, and then they’d fly home because the weak dollar was super good for Europe, and the Irish at the time.

There’s nothing to fear from the border, or the people crossing it. Ok well maybe there’s some stuff to fear, but look at the cuisine of the states next to the border with Mexico vs the Canadian border. Much less boiled meat and heart clogging gravy down here I’d wager. Immigrants are what built this country. I’ll remind you that the only difference between the people that cross the border, and me is paperwork. Nobody has reacted badly to me being an immigrant. People are intrigued, people ask about where I’m from, people are curious about my ways and customs. I’ve gotten tons of people to listen to my stories, because I’m a novelty. But I’m no different.

So how insular is the US? More than it should be, I reckon. The internet is changing things though. People are seeing the world that’s out there, and they’re no longer content to listen to a bunch of people telling them that the fucking Ruskies or whoever is coming over the hill to get them. People are coming over the hill, and you wouldn’t believe how good their food is. Or their music. Or their bullshit stories that everyone seems so interested in.