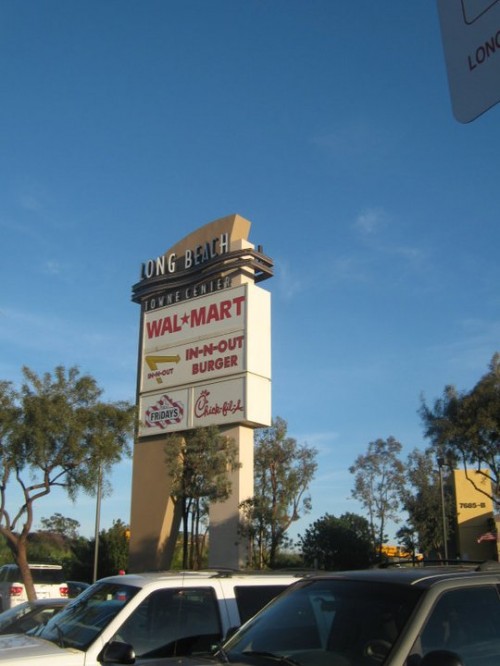 In case this is news to you, let me begin by telling you that Americans like to shop. I’m fairly sure it was Americans that invented the term retail therapy – the practice of making yourself feel better through shopping. We’ve all done it from time to time I’m sure. You’re a little down, or you’ve had a hard week and now the paycheck is here. Your interests don’t lie in another meal, or alcohol, and maybe the necessities are already paid for. You’ve got some you money. Some walking around money, a little scratch that no one is demanding from you. So its time to go shopping.

But what deserves your money? And what kind of shopping are you in a mind for? As an answer to this question, the United States provides you with a bewildering array of options. Think of something you’d like. Anything at all, that’s legal. Don’t worry if it’s within the bounds of reason, or affordability, just think of it. Now I shall inform you that you can go a store that stocks this item exists in the United States exists. This may be the case for a lot of major cities around the world – you’ll get most anything. But I’ve never seen so much everything for sale here. Earlier today I went to a gun store. Not a sporting goods store, which is different, not a pawn shop, which is different, but a gun store. And boy did this joint have a lot of guns. A gun for every price bracket, accessories for your guns, ammunition, scopes, magazines for your guns, and there might have been gun magazines, but I couldn’t say for sure. They even had a Barrett 50 Calibre.

This level of specialization isn’t native to just the gun stores, no. There are specialist electronic cigarette stores, specialist grocery stores, specialist retail supply stores. There are stores you can go to if you need to start a store, and most of these are not closed to the public. Some of them are members only, but membership isn’t necessarily that exclusive. If you’ve got the cash, very few people are going to get in your way when it comes to buying it.

This specialization is most on display down at the good old mall. Malls exists outside of the US, but most that I’ve been to are not malls – they’re shopping centres. Someone decided to build a structure to house a number of shops, and then shops rent that space. And malls function in this way too, but it’s not really the same. Strip malls are a lot like shopping centres, in that there’s just a strip of stores with parking out front. They don’t inspire gathering like a traditional mall does. A Wal-mart mega, hyper, or gargantuan centre doesn’t feel at all like malls do. Wal-mart and its ilk; the justly named “Big box stores” are just that. They build a colossal box, and then they fill it with store. Department store to be specific, but this isn’t bespoke at all. It’s just aisle after aisle of stuff. Things. Everythings.

Your typical trip to a big box store has a few things in mind. “We need paper goods, and ice, and plastic cups for the party. And they’ll have all that at the big box store. It’s all under one roof, so we’ll get it all at once” is this thinking. But you’ll never get out of there without extra shit. The prices are too low, or you’ll suddenly decide that you need a bicycle, or a shotgun, or a case of mallomars, or a handle of vodka, or a wheelbarrow or some shit, and you’ll get it. Because “while I’m here. While it’s cheap. While I have the pickup truck with me.” They do everything in one place, and often when you find a shop that works that way, or someone that provides a service like that, you’ll find the service or store lacking a certain directionality. A jack of all trades is a master of none, so the saying goes.

The mall circumvents this by having each store provide a specific service. You’ll get bespoke tailoring and a larger clothing retailer that will do you a cheap pair of jeans. Stores that provide nothing but accessories for your phone – granted I’ve seen these at home, but they didn’t make it the art that Americans have made it. “We just sell replica swords and knives” could easily be the name of your store. “Pretzels, pretzels, pretzels, pretzels, and also some dip for those same pretzels” would be another. Only suits for cats. Only cats. Those notebooks with the custom names embossed on the front, right into the leather with the gold? R’ Us. Custom shaving equipment, custom dancing equipment, “Shoes, shoes, a fuckton of shoes ok?” “Sock town.” Just scary pictures of clowns that grandmothers don’t think are scary, but frighten the bejesus out of children.

You get my point. Malls house the niche pursuits of Americans. I’ve never seen a custom shaving store outside of Dublin. If you want custom shaving shit in Ireland, like old style shave soap, or a cut-throat razor, you’ll probably be going to a major city, which in the case of Ireland most of the time means Dublin. Here, you’ll be able to cater to most of your whims in practically every city. There’s a lot of space here, which leads to a lot of space for niche. You can indulge every passion, and most of the time you can go to a place where you’ll enjoy your weird hobby and you’ll meet other people. If your hobby is particularly popular, like guns in Arizona, you’ll have no shortage of options. Plenty of people have seen these markets that have the potential to generate a lot of revenue, so they have built it. And then people came.

I was in a sporting goods store today, which is different to a gun store, and the building was very much like a cathedral. Well if instead of pews there were racks of flannel, and instead of an altar there was a 40 foot tall waterfall surrounded by taxidermy animals. Why do people build churches and cathedrals? To store the light, because God lives in the light and the evil lives in darkness. God’s house needs to be bright, because it reminds us that there is shining brilliance in the world. For the record I consider myself a retired catholic. I reason that it’s a little like being a retired cop – it never really leaves you, but you get to retire now. But you never really retire, you just stop showing up to walk the beat every day. I’ve laid religion aside. But I still appreciate those places where the light lives, maybe because I grew up with it, or maybe because there’s something to it.

We carve out of marble, because it’s brilliant in the real sense. Americans build cathedrals that are largely made out of glass to let the light in. They put skylights in their malls and their sporting goods stores, because if you let the light in, people want to be there. They’ll congregate, again in the very real sense. We’ve decided that diamonds and gems, and gold, are expensive because they reflect that light, they refract it, they shine. And we want to be associated with things that shine. Look at the palaces around the world, and note that very few are dingy, and with low ceilings. They’re great, they’re massive, they’re.. palatial.

Americans don’t build a lot of palaces. Unless you think about the homes of the super rich, but they’re not kings, they’re just people with money. The American palaces are the shopping palaces, the malls. I came to this realization a while ago, and I don’t really know what it means. Shopping is a method of expression here. To be a shopper can be an identity, and it can define a person. Watch the Kevin Smith movie Mallrats and you’ll see that many, many hours can be spent in the mall even if you’re spending very little. Maybe malls draw people in because they love to shop, or maybe people love to shop because malls are full of light.

I wonder sometimes what people that are engaged in retail therapy are doing. Are they killing boredom? Because I’ve killed boredom with shopping. Are they just wasting time, because again I’ve done that. Window shopping is a great way to not actually keep up with the Johnsons, but to keep up with what the Johnsons are keeping up with. Are people shopping their grief away? Are they getting over a bad breakup by replacing the stuff that was previously jointly owned, and is now mostly likely smouldering lightly in a yard somewhere?

Or do they just need a new pair of fucking khakis. Sometimes it’s khakis. Probably most of the time its khakis. I read somewhere that Americans spend an average of two hours a week shopping for things that aren’t food. I don’t believe that I spend that much time shopping, but when I think about, I’m starting to break out in longer and longer bouts of shopping. I’ve got a little tickle in my wallet. I wonder just how much people judge one another, around the world as well as here, based on the amount of stuff they’ve accumulated. I reckon a lot of people feel judged, even if there’s a lot less judging going than one might think. But still there’s this infectious desire to shop, to spend money, to accumulate things, to own, to possess.

Maybe society is becoming more materialistic, but so fucking what. Prior to the desire for material things, what was the societal desire? I don’t think that societies have desires. 316 million people do not easily fit into one single box. It doesn’t mean much to be American, as far as I’ve seen. It also doesn’t mean much to be anything else. Sometimes you’re this nationality or that by accident of birth, by choice, or by dint of perspiration as you battle uphill against the people that control the borders.

I don’t think that ‘I shop therefore I am’ is something that people practice or personify here. But there is a lot of shopping. More shopping than could fill a lifetime. I saw a $69,000 dollar shotgun today. So that’s a thing. I don’t necessarily know if that means anything, but shopping got me thinking.