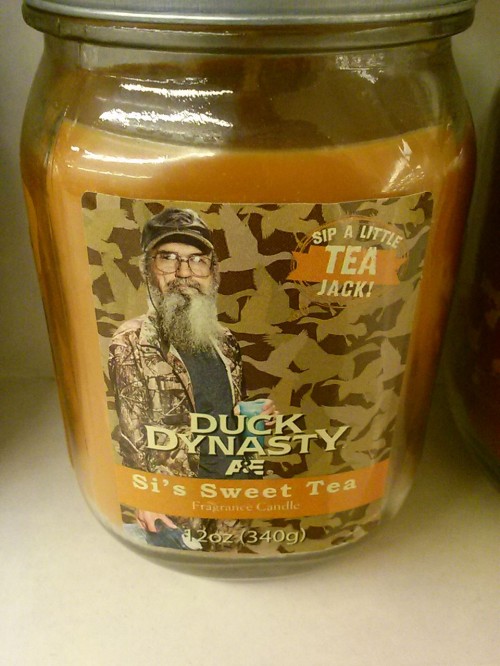 Ohh what a hum dinger. So we know that your average Yanquai is posessed of great confidence. Those in positions of power hold even more. And those who appoint themselves to positions of power hold the greatest confidence of all. Your neighbourhood watch are of the belief that they are arbiters of decency and community, when really they’re a bunch of lawn gnome dictators at best, and people that stalk the streets as wannabe police officers at worst.

Your common or garden variety nosy parker usually contents themselves with being in your business, perhaps the business of a cul-de-sac, occasionally the business of a whole village. Your next level of asshole feels it necessary to command the peoples of a larger area. For example, these are your city councilors, the country officials, Sheriff Joe Arpaio. It’s not enough to simply hold power, these folk feel the need to command it, to grind it out as much as possible, to continue to turn the screws, to eek out ever more, and ever more, and ever more. At this level of power you begin to see people dictate how others must live. They enact policies petty, paltry, and powerful within a limited area. No standing on street corners after 7pm. No trick or treating, no eating in public parks unless one brings enough to share with all other attendees of said park.

Further echelons of power bring further reach, and often further corruption, but as you grease your way further up this downward facing ladder, you’ll find that the expectation is that the greater the power, the greater the reach. So the people of your town believe that they have an impact on the county. The county people believe that they may as well represent your state or province because it’s basically the same thing. States run countries, countries run coalitions, coalitions run continents, so on and so forth, you get what I’m driving at.

However, no matter how far you go in this particular chain or power, your time is (in theory) limited by term limits, or whims of party support, or you simply become too old to elect. This petty fiddle faddle that you institute can be mostly undone once the next guy comes in, which means your power is fairly limited, fairly short lived, and ultimately you become pretty powerless. Checks and balances are a wonderful thing.

So where else do you go for power, if not in the legislative branches of your particular governments? Well you get involved in homeowners associations, or you become a landlord. You run your way up the land and money ladder. There you get to put the screws to people for money, and you will accumulate more money over time, which begets more money with which to oppress the proletariat, if you get my meaning. Money is a powerful motivator, and if you manage to position yourself as wealthy, you will be given not only the power that your money commands, but you’ll be given vastly more power than you deserve. It boggles my mind when people listen to the likes of Donald Trump, but then I remember he has money, ergo he has power, ergo he can say whatever the fuck he likes and people will listen because he has an abundance of the former, and therefore an undeserved overabundance of the latter. Money is power for sure.

But how fleeting is money, how fleeting is that kind of power? Well, it’s remarkably resilient as it purchases the electoral kind of power. Enough money would make most people willing to do most anything. So say you’re unelectable, and you can’t get your hands on money. You could attain power through force. People do it the world over, by installing themselves as warlords, or they become gang members and leaders, or they join armies either organized or otherwise. This is a popular method of gaining power, if the constant chattering of the blinky box in the corner is to be believed. People get themselves to a position of tyranny, and they’re very hard to remove. The only checks and balances seem to be more, ever increasing violence. But you can only oppress people so long. Look at the soviet revolution in 1917, or the Irish, French, or American wars of independence and times of revolution. People, in great enough irritated numbers, will do most anything to oust those in power once they’ve had enough. Everyone’s got their breaking point.

So what’s left, after you’ve gone through all these institutional power structures. Well, there’s always religion, and this is perhaps the most egregious example of power. It’s unelected, it’s everlasting, and it has a leg up on almost all other forms of power out there institutional or otherwise – it’s in your head. Religion doesn’t have to beat you over the head to make you think their way, they just have to scare you into it. By the way, examples around the world will show you that religion is more than willing to beat you over the head physically, given the right circumstances.

But let’s stick to our main thread here. Religion is a power that people internalize, in that they internalize an external power. They give up their personal power, because religion offers answers, and it allows people to abdicate their responsibility. I’m not talking about the personal experience of religion by the way – you can find a way to your own personal Yahweh all the live long day, but when the institution trumps individual thinking, you’ve given up your free will, which I believe is one of the greatest things a human possesses. Free will makes you stand up and say “Hey… we’re getting fucked here, and I for one am at least a little miffed, I don’t know about you guys.” This sentiment is sometimes followed by the throwing of bricks, but at least we’re sort of on the right track as long as people understand their situations.

So you’ve given up your personal power, and you’re surrendered to the church. Now you are a vessel, waiting to be filled, in the language of some church (probably, I’m sure someone has said it) and you are going to be filled with those things that someone has decided. There are plenty of things to take away from the various religious books around the world, but the thing I keep landing back on is the whole “Love they neighbour” kick. The golden rule is to treat others as you would have others treat you. But that’s not important once the man with the power comes in. And there’s always a man who got some power somewhere.

American religion, the limited amounts of it that I have seen, appears to have a very low barrier to entry. There’s no special clothes, no 7 years in seminary, no magical pointy hats and gold cups. You can pretty much get into a building, and start talking, and you’re a church. Start collecting donations, tax free, and you’re a church. “The seventh lamb of the aching heart of the first christ jesus” on the front of your building probably makes you a church too. American religion also seems to be some sort of nailbomb that went off. Infinite splinters, infinite smaller fissures cracking outwards and downwards from larger fissures forms smaller and more specialized churches. They have this word, ‘Christian’ which baffles a boy that grew up with a catholics vs protestants mentality. I’ve heard that people who declare themselves atheist in Northern Ireland are asked a follow up question; “Yeah… but are you a catholic atheist, or a protestant atheist?” which is one of the most ridiculous questions that exists. There’s no christian sensibility that I’ve found, unless I was talking to born again christians, and let us not talk of them.

Actually, let us do. They’re here, and I’m fairly sure this idea started here. Because the lord is forgiveness, you can repent at any time, and you’re in. When asked about the amount of sins one commits during a lifetime, while still accepting the lord as your saviour, fundamentalists have told me that “You still get into heaven… but God won’t be very happy if you were a sinner.” Saved if you do, and saved if you don’t, it seems.

Why do people ascribe to religion. Having retired from catholicism some 10 years ago, I couldn’t tell you anymore. I guess for some, it provides comfort in a scary world, for many it provides a routine that they set their weekly watch by. Some volunteer for their love of community, some feed the homeless, some travel to other countries to build schools while spreading the word. Which kind of seems like an asshole move; “Sure, we’ll build a library, but you guys have to pray with us while we do.” No free lunches, no free libraries. it seems.

But I’ll wager that a lot of people are in it for the power. You can lead a congregation without qualification, if you talk nicely, and you’ve got the confidence, and if people feel that you’ve got the straight dope on the lord. But that’s kind of it. Once people are in that position, they can say whatever they want. And people will listen, even if they hate your message. Which explains the Westboro Baptist Church. No peace a love among these people. “God hates fags” is their rallying cry, if you hadn’t heard, and I’m sure you have. Ignoring these people diminishes their power, because they do it to get a rise out of people. This is trolling, with a bible.

Speaking of trolling with a bible – the religious protestors in my neighbourhood. I’ve mentioned them before, but they’re an example of this little bit of power mentality. Once they gain even a grain, a modicum, a speck of power, they immediately turn it to the work of oppression. They browbeat people, they shout at people, they display their images and they bring hatred. About 50 yards away from the taco shop. They’ve got this maelstrom of tiny power, confidence, bigotry, and nosy parker syndrome that makes them stand out there to tell people what to do. Combine the little-power that religious leadership brings, with the belief that if you don’t yell at people you’ll go to hell, and add in a dash of “I can’t think for myself” and you’ve got these people.

Kimberlee has a wonderfully calming phrase; “They’re doing the best with the information they have.” And she’s right. They’ve received information, and they believe that it’s the best information out there, and they’re living by it. I live by the best information I can get my hands on. But when you go to organized religion like that, and you abdicate responsibility, are you really doing your best, as a person or a reported child of the lord?

The religion here runs the range from that “Gimme that good old religion” religion, to the new “Fuck the unbelievers, we’re the only true faith” people. And honestly, it doesn’t look like religion to me most of the time. Looks like people with that little-power, that micro tyranny that sits in the minds of followers and punishes them when they have a thought. When you get people to punish themselves before they even act, I guess you’ve gotten your hands on the greatest power you can access.