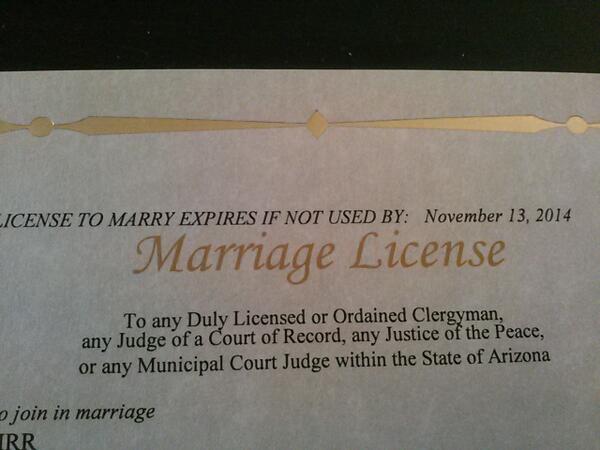 Modern international migration, as far as I’ve interfaced with it anyway, is not nearly the rats nest of red tape that most imagine. Nor is it so easy to get the particular visa that I got that anyone could do it, and be inside the US, guaranteed within a year. After I was unable, and honestly a tad unwilling to stay in California because of fear of the immigration and customs people, I went home. And walking away from the woman I love, willingly, without the knowledge of a specific time when I’d return is probably the most crushing thing I have ever done. There was a plan, but once you exit the US, you’re at the mercy of the border people if you want to get back in, and having almost been turned away after 30 hours of travel in 2009 I wasn’t interested in having a trip wasted painfully. Enter the i-129f.

This is the fiance visa, the K-1, the thing that people are usually talking about when they talk about citizenship marriages. The K-3 variant is for the already married, as opposed to the affianced. It is the fastest way to get a green card that isn’t based on employment, and it is the fastest way to US citizenship. I’ll allow your prejudices to subside a moment in light of that statement. I’m not saying the process was hard, and I’m not saying that it was easy. I knew that the fiancee visa was an option when returning in 2011, but that knowledge did little to soften the blow of stuffing my significant other into a small text box or video window in my computer.

So when you get started with the process it’ll cost you $340, which doesn’t seem bad, but this is the first of many charges. The first package must include copies of birth certificates, 50mm passport style photos, signed statements from each partner that say “We know each other, we’d like to get married,” divorce certificates and detailed forms that list your every place of residence and work in the last 10 years. This list is by no means exhaustive. So if you don’t have any of these things, you will be required to procure them, and Kimberlee’s divorce certificate required an Arizona to California trip just to visit a courthouse and get a form notarized. Papers, please.

So next after you’ve got the basic stuff together, you need the other stuff. For me the most awkward part was criminal history stuff. Have you ever tried to prove that you do not have a criminal history? I’ve never even been arrested, I am a straight arrow to a fault, which is perhaps why this process was both so painful, and so relatively painless. Apparently there are standard forms the police complete that state they have no record of you, and I required one from the UK and one from Ireland. The Irish form elicited quizzical eyebrows, but success, from a police commissioner two towns over, while the UK form required something a little weird. You need a character witness to attest to your character, and this witness has to be someone that is known to you, is a respected professional, and is not a relative.

Take a minute to think of anyone you know that’s an established professional that you’ve been in contact with for a decade, who is in good standing in the community, that isn’t your dad. I settled on my dentist, and once he had been informed that I was not my brother, I was off to the races. Again, these things are not necessarily cheap. I have half a dozen little pictures of myself in various sizes that were required for all the forms. So by the time you’ve put all this together, and triple checked every form in this inch thick stack, you mail it with your check. And now it’s wait time. And you’re consulting forums, and you’re checking agency timelines, and you’re tracking the package to the best of your ability. However, you get very little information back, and any notification you do get is by mail. And if your mail correspondence gets dropped into the mail two days before christmas, and never reaches you, you’ll experience a three month delay. Papers, please?

The entire petition by the way is predicated on the idea that this is a request for a visa on my behalf, by my American citizen fiance. So I am unable to look into anything, and I get stonewalled if I try to ask. There’s no number I can call to find out, so my paperwork and bureaucracy hating wife has to call United States Citizenship and Immigration Service and hash out the problem. So everything gets sent out again, and I get my visa right? No. Now I have to essentially do the same thing again, because the visa process is separate and requires it’s own documentation, and more money. Including a 400 euro, 15 minute medical exam, on the other side of the country. They check that you’ve had your shots, because you acquired your vaccination records somehow, they take some blood in case you have syphilis, and you get x rayed for TB. I do not have TB, and now I have proof. You also must turn your head and cough, for reasons that I’m sure exist, but the process is no less strange and a little humiliating. You want to get into the US don’t you? Then drop trow.

You’ll be back to pick up your results, and you usually do this on visa interview day. On interview day you’ll grab everything you’ve collected up until this point and wait a little. This is the culmination of the waiting. Check your electronics, leave your bag, throw out your water, get wanded, pass through the magnetic frame that steals the soul, and take a number. When you finally do get to the window a first guy will take the things he needs in order, and then waiting. Trust me when I say your heart is in your mouth. The meeting with the chief honcho that makes this decision is the quickest part. 18 months of my life came down to 4 or 5 questions, including where we met, what our jobs are, and other questions that have become a blur with time. He told me right there and then I was getting my visa. I called him a 5 star diamond, and walked out happier than I’ve ever been. Now you have at least some papers.

Flying, arriving, getting married, filing another stack of green card paperwork happens quickly, because there is no time to sit on this visa you just received. You have 90 days to get all that shit done, and peace of mind doesn’t arrive once you have done. The first piece of paper you get arrived a few days later, and it’s called the ‘notice of action.’ This notice of action carried the ominous phrase, in all capitals, bolded:

THIS NOTICE DOES NOT GRANT ANY IMMIGRATION STATUS OR BENEFIT.

I’ve said the process is both hard and not. The reason it’s both is because it’s just a bureaucratic process wherein you are a number. If you provide the things that they ask for, when they ask for it, and all those papers please are in orders please, you’ll breeze through with relative ease. On the other hand being a number is dehumanizing, as is having a doctor examine your balls, as is ticking a box that declares you were not associated with the Nazi government of Germany 1939-1945 inclusive. Because this isn’t a legal process, you pretty much do not have any recourse other than appealing within the system. You can get a legal professional to help, and I did see plenty of those tagging along with other couples throughout this process, but really you’re facing off with a faceless monolithic entity that crunches numbers, and doesn’t particularly care that you’re in love. All the people I met, the officials themselves, were genuinely curious about my love, and realized that this is what the whole thing is all about. But when you’re attempting to please a series of checklists it’s intimidating. And then every communication you receive once you arrive in the US reads:

THIS NOTICE DOES NOT GRANT ANY IMMIGRATION STATUS OR BENEFIT.

After you receive a number of these pieces of paper, you begin to startle when you see cop cars. You startle when you enter a damn post office, because these people have government level power, of a sort. It’s not nearly as soul destroying as the waiting, or the threat of getting kicked out of the country, but it doesn’t make for a peaceful mindset. You’ve got everything together for your interview for your green card, and this is the key, this makes you a human again. I couldn’t apply for housing because I didn’t have a social security number, but I could get one once I got a green card. I couldn’t get a job, I couldn’t open a bank account. I was amazed that I was able to buy beer, or walk down the street without a social security number. It takes a hell of a lot of work to become a new person that exists within a system, and it’s a strange thing to do for anyone.

You go to the interview with your spouse, and then you sit down with the interview person. You’ve been wanded again, and given your fingerprints again, and you’ve taken your shoes off again, and everything else that’s necessary, or apparently necessary. The interview itself takes about an hour, and you get a little more specialized grilling, where you’re warned about consequences, and asked about various details of your life. It’s nice that your partner is there – it’s very calming, and you can answer as a pair. If you fail this interview, you’ll both be treated to a secondary grilling, alone and the answers will be compared. So don’t forget who cooked dinner last night, or who does the sock laundry. I was also warned about the stop and check law that exists in Arizona, where the police can check your immigration status if they suspect you’re not from around these parts. “But you probably won’t have to worry about that, unlike some other people” was an offhand statement from our interviewer, which is kind of precisely an example of white privilege. I’m not tangenting onto that subject. Just noting that some things exists in institutional settings.

I was approved. This is the moment I became a person again. I became a conditional legal resident. And no feeling has ever made me soar within. I felt so light that I could have stepped onto the kerb as I walked across the parking lot and climbed right into the air. I’m tearing up as I write this, but there is no way to explain the enormity of the weight that was lifted. To become whole again, to have safety returned to you, to have a status that you can point at all the letters that say “You don’t have shit son. Don’t fuck this up, or we’ll remove you from this country and from your marriage” and give them the finger.