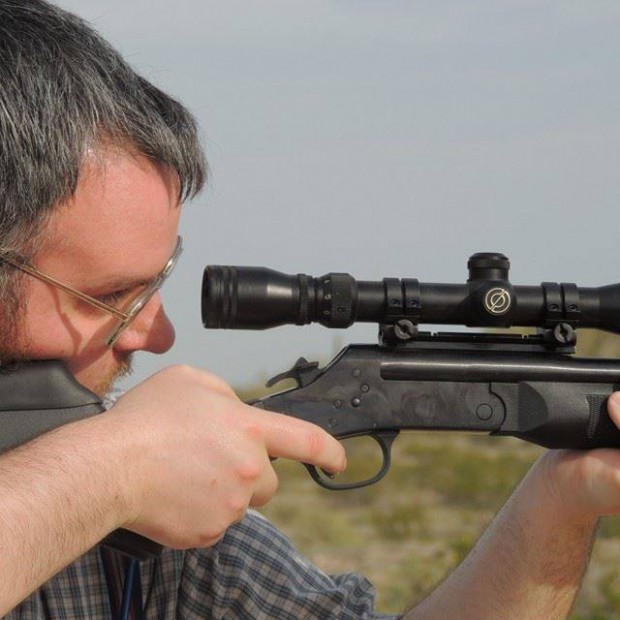 I considered that this would be inevitable – the subject of guns would came up, both in the book and in my tenure in the United States. And there are all sorts of positions and I have no opinion on any of them.

Yeah right. As if I’m going to get away from this subject that easily. Let’s start with all my gun experience outside the US. In Ireland, there aren’t a lot of guns, because after the civil war of 1922-23 the government decided that maybe we should stop shooting each other. Firearms do still exist and are in limited circulation. To quote a passage from GunPolicy.Org you need a proper reason to own a firearm in Ireland:

Applicants must prove ‘good reason’ for ownership of the firearm applied for, and the Garda must be satisfied that the applicant can be permitted to possess, use and carry the firearms ‘without danger to the public safety or security or the peace.

Often a farmer, especially a livestock farmer will own a shotgun, because occasionally you need to put down animals, or to kill pest animals, or wild dogs, that sort of thing. Farmers have a ‘good reason.’ Rural business owners, such as pub owners often will own a shotgun because if you close at 1am, and the nearest bank and police station are 20 miles or more away, you may need to use a gun in the case of a break in. Generally though, most people will never apply to own a firearm. There doesn’t seem to be all that much need for it, and it never really crosses the minds of most people. Sure, what would you be doing that for?

I had handled an unloaded firearm before. I was visiting a military base for a while, and I got to look around. The Irish army, by the way, has access to fully automatic machine guns, Steyr AUGs, 40mm grenade launches, and a lot of what looks like old soviet armoured personnel carriers. I believe that the army and the reserves share storage facilities and resources, but I believe what I saw was the property of the reserves. In addition to these munitions, there’s an officer on base at all times, and that officer will have a Browning HP35 pistol, or rather the Fabrique Nationale version thereof. I was presented this gun, without ammunition, and was instructed on how to take it apart. I doubt I beat any speed records for assembly, or reassembly.

I like the machinery of guns. Revolvers seem to simple, and so intuitive to me. There’s an elegant simplicity to their workings, and I love a good machine. However, I was politically opposed to guns for many years though. They may be cool and everything but if we’re flatly honest, their purpose is firing bullets, and bullets have been known to kill people, in certain circumstances. I think I’m safe in saying that with the advent of widespread gun use in war, casualties went up. Their workings and mechanisms may intrigue me from an engineering standpoint, but my view on them was that the widespread possession and carrying of firearms was a bad idea.

But I had never fired a gun. And I didn’t feel that I could be genuine in my belief if I had never experienced that. Which has become my current take on life – it’s very difficult to form a well rounded opinion on a subject, if I’m only considering one perspective. It made logical sense that guns were bad – guns make it easy to kill people, most people I know don’t have guns, and I come from a country were not even the police carry guns. Guns turn arguments, or fist fights into lethal standoffs. When a gun is introduced into a situation it doesn’t generally calm that situation, especially not if tensions were already high.

Now, here comes the massive however. HOWEVER… I fired some guns while I was here, and it was fun. I was aware that this was a dangerous object, and bad things could have happened, but after a safety briefing I walked up to the line with a 44 calibre break-action single shot rifle. So you slip the stock up on your shoulder, put your cheek down on the pad, and line the scope up with that metal plate that somebody placed down range about 40 yards away. You breathe steady and squeeze the trigger, not pull the trigger. Through the foam ear protection you hear the crack, and you feel the pushback, and then very quickly thereafter there’s a ding.

Bullets do make those noises you hear in the movies by the way. They’re not quite as loud as in the Sergio Leone movies, but the skip off rocks and they whizz, and whine and wheel off up the hill, producing the exact amount of dust you’d expect if you were trying to shoot someone’s hat out of their reach after you’d shot if off their head. Guns are fun. I’m sure this isn’t true for everyone, but neither is that above paragraph about guns being bad. They’re objects that are loaded with massive cultural significance, and depending on your geographic location, or your cultural background, or your religion, or any number of other complicating factors you’ll have an opinion that’s hard line, soft or sometimes entirely non-existent.

Guns are still dangerous whether I like them or not. I’m not going to add the caveat ‘in the wrong hands’ because sometimes even in the right hands they can produce some pretty poor results. Regardless of your position on them, guns still exist as tools that fire bullets, and bullets are known to kill people under certain circumstances. So how do you reconcile the benefits with the costs? You look at the issues that you can find, or that you happen to find, or sometimes you just rely on good old fashioned prejudice, and you fall somewhere on the spectrum. I’ve made friends that own guns, and they are perfectly well adjusted people that have this hobby, habit, or conviction as part of their lifestyle. I have a friend that carries a handgun every day, I have a friend that carries one occasionally, and I have a friend that just likes to shoot at targets.

These people aren’t magically changed into monsters because they have guns, nor are they changed into meek lambs because they don’t have their gun on them at the time. They remain the same people with and without the weapon. I wasn’t changed into a power crazed man-killer when I got my hands on a .45 peacemaker, I just discovered that it’s fun to point that thing down range and hear a metal plate go ding. It’s satisfying, like popping bubble wrap. Or finishing a ship in a bottle, or getting your rebuildable atomizer set up just the way you like it just as your favourite eliquid is ready to be put into it.

How do you explain to people that something that they believe is evil, is fun for you? I guess sometimes you just say ‘Fuck ‘em’ and you don’t explain it. Other times you write something like this so people realize that sometimes people who like guns aren’t a bunch of bunker building, anti-government, psycho-killers. I’m currently looking into buying a gun, because this green card, along with some pretty liberal gun laws in the state of Arizona say that I can buy as many as I can afford. There’s no waiting period, I believe there’s a federal background check, but aside from that, I’m pretty sure I could walk into a gun store any day I wanted and pick up a gun of my choosing, very few questions asked.

Why do I want a gun? I very much would like to go to a special building every so often and punch holes in paper at some very high speeds. The machinery fascinates me, the act of shooting is fun, and I love spending time with friends indulging in hobbies. I’m not buying a gun so I can prevent a tyrannical government from crushing my freedoms, I’m not going to start carrying it around because I fear for my personal safety. I want to make metal plates dings, I want to make copper jackets sing, I want to skip rocks from 100 yards away, I want to hold power at arms length and then tame it. I’ll be totally honest – firing a gun makes me feel powerful.

I am a pacifist, to some extent. I can’t envision myself firing a gun at another human being, or maybe not even at at animal. I don’t agree with war on any level, and it saddens me to see human being shooting at each other every day, for a thousand reasons that eventually boil down to some flavour of bullshit about land, or money, or honour, or privilege, or safety, or something else.

Am I in favour of regulation? Yeah. Maybe a waiting period? Universal background checks would perhaps stop some of the crazies from getting their hands on guns. Would it be the worst thing in the world if guns were registered in some sort of database? Maybe if you have a history of domestic abuse, or you murdered someone, or you’ve been known to get drunk and shoot at your tv, maybe you shouldn’t be allowed to buy a gun. But what do I know, I’m just some guy from some place far away.

I didn’t come to this country to tell people how to live. I only really came to this country because I wanted to marry one of it’s citizens, and I thought maybe it’d be cool to live here. And it is very cool to live here, not least of all because I’ve gotten to fire some guns. Culture is what defines perceptions on guns, I think, and from what I’ve seen of American culture guns are very difficult to tease away from the American experience. In California in 2011 I didn’t fire guns, because either I didn’t run into any gun owners that wanted to take me shooting, or I didn’t run into gun owners. In Arizona I’ve made friends with gun owners, and they’ve been glad to take me shooting. So it’s not a universal part of the whole culture, but I feel there’s enough of it to say that it’s a key part of the culture.

I feel like this is an ideal spot to bring up the disclaimer that I inserted into some of the original WTF America posts after some people started taking things personally:

WTF America is a comedic take on American culture as viewed by an outsider. Remain calm.