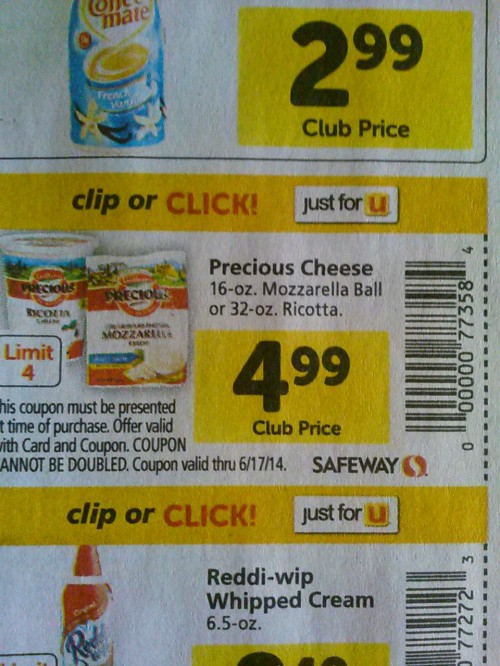 Limit 4 per customer? I thought this was America

So there’s this widespread apprehension back home that all Americans are the same. People have some popular phrases people employ that highlight this idea, such as “Well you know in America, they (insert nonsense)” or “Them Americans, they’re always (further nonsense)” People seem to be of the belief that Americans are a monoculture. And I can see where they’d come to that conclusion.

Take for example some of the icons of American culture that make it overseas. Americans may be saddened to know that your wonderful food traditions are being represented by McDonalds franchises around the world. McDonalds does a pretty poor job at representing America. Low wages, substandard ingredients, frozen food, quick bullshit over lengthier substantive items. Wait…

Ok, fair point, but McDonalds does represent the American experience of low prices, quick service, and widespread enterprise over cottage industry. They train people that work in McDonalds to make things as much alike one another as possible, and ideally the experience from one McDonalds should not vary by any great degree. There’s no place for individuality within the franchises, lest the brand lose its brand profile. Ask non-Americans to identify American things and you’ll get a lot of answers that include McDonalds, Pepsi, and Coke. Also gun, cars, too much food, and other things that seem indicative of American culture to outsiders. Also action movies. To those outside the US, there’s little room for nuance when identifying American cultural products. Every movie is a Hollywood, Michael Bay crap-fest. While I’m on the subject; fuck Michael Bay. For a lot of reasons. Every burger is a Big Mac, ever record is Taylor Swift, or Katy Perry, every drink is a coke, or a bud light.

Homogenized, mass-market, watered down, flavourless, milquetoast, 2.2 kids, middle of the road, uninspiring, mediocre pap is what filters out of the United States, most of the time. There are gems, like Pacific Rim, or Moon Pies, or Dr. Pepper, but for the most part it’s popular garbage that sets itself in the mind of outsiders, instead of the interesting unknowns that stays within American borders.

Reflections of these interesting relatively unknown things, such as a decent burrito, are copied by outsiders. You would cringe, you would weep for mother Tex-Mex if you saw the paltry offerings that make it across the ocean, that are pretending to be Mexican food. It’s dismal. Nachos aren’t just tortilla chips with melted cheddar cheese on them. If it is not spicy, it is not ‘taco seasoning.’ There’s an Irish cultural artifact that is a shame upon my homeland. They call it a Taco-chip.

Imagine if you will, a heap of french fries. You’re with me so far. Then it’s time to put ‘taco sauce’ on it. That’s the first in a short line of missteps that continue to go unpunished. This taco sauce resembles no Mexican/Tex-Mex cooking you’ve ever seen. It’s usually pink. Upon this congealed heap ground beef is piled, and that ground beef may have been threatened with the idea of proper taco spicing, but it came through the experience remarkably unscathed. Then you pile this not with good queso, or any other decent cheese fit for the purpose, but you put some sharp cheddar on it. This culinary nightmare, this bastard of food, this nonsense of a dish is consumed whole heartedly on Friday and Saturday nights by drunk people, because no other people would consume this had they ever wrapped their chops around a decent burrito, or a real taco.

When you are presented with artifacts of culture that you’ve never experienced, you do the best you can to piece together the experience. It’s like receiving a piece of Ikea furniture, but the instructions are to a very similar but distinctly different piece of furniture. When you realize that it won’t be the same, you fall back on whatever you can guess. You make logical leaps, you insert information where there is none, and very often you get it wrong.

I feel like most cultures have this problem. For example, Americans will refer to it as St. Patty’s day, and this is incorrect. People respond with “It’s St. Paddy’s day, idiots!” but often fail to explain why it is wrong. For those not in the know, when you take a word from another language and convert it to English, the spelling sometimes changes. The original name for Patrick in Irish was Padraig, or Padhraig, or a number of other variants. There’s no T sound in that name. This is why Padraig becomes Paddy, but Patrick does not become Patty. The rules of the Irish language carry over into English, but if you’ve never encountered the Irish language you don’t know these rules.

Irish people don’t know the rules for American food, or most American anything else. It’s a cross cultural lack of exchange. Culture is merely surrounding activities with context, and when you move the artifacts to other cultures, they’ll apply their own context to them in lieu of yours, because they don’t know the source material. This is why the ‘taco-chip’ exists. This is why American pints of Canadian Guinness will never taste the same no matter how much Diageo tries.

So the monoculture. I understand why people believe that other countries exist as a monoculture, because unless you’ve experienced the local nuance, you’ll never imagine that country differently. “The French are assholes” is a popular sentiment from people that have never been to France, and from people that have only visited Paris as a tourist. “All Americans are fat” is an easy statement to make when the only America you’re exposed to on television is reports on obesity in the news, or reality tv shows about people getting stomach staples. Or you see Paula Deen making butter fried butter soup.

The United States is as nuanced as most countries, but most other countries don’t export their cultural products to other countries. You see Chinese restaurants worldwide, but I doubt that you’ve ever been to the Chinese version of McDonalds. If there is such a thing. It’s not really a mark of American cultural imperialism, as so many people seem to fear, it’s more a mark of the American flavour of capitalism. The world is there to be conquered for profit, so enterprising assholes that you wouldn’t speak to if you were related to the pricks, decide to take their brand of mass market, watered down bullshit to the rest of the world. Not because they believe they have a good product, but because they believe that there’s good money to be moneyed as they money money money money money.

America doesn’t have a mass market culture, it just happens to have such a massive marketing arm that everyone appears to have the same thing, at the same time. With faster distribution methods, the internet, and massive advertising budgets, enterprising pricks are unstoppable. Their message will be the message, at all times. So it’s hard to hear about New Orleans cuisine outside of New Orleans, or it’s hard to understand what the fuck a Yooper is, because BUD LIGHT NOW COMES IN AN ALUMINIUM BOTTLE. GET SOME. PARTICIPATE IN AMERICA. WITH BUD LIGHT. NO SERIOUSLY, BUD LIGHT IS TOTALLY GOOD. SURE IT IS.

This keyboard doesn’t have caps lock. I had to hold shift that entire time, just to get you close to American marketing. The big noise drowns out the little music that makes the world better. American craft beer has a wonderful scene, and some amazing seasonal beers, and year round brews that are honestly some of the best beers I’ve ever had. But you hear about Bud light, because they have the marketing money. American food, when mixed in with the traditions and ingredients of immigrants becomes interminably better, but all you hear about is Velveeta fucking imitation bullshit fondue cheese, like it’s the only cheese on the planet. Because if those enterprising pricks had their way, there would only be one product. To their chagrin, there isn’t. There’s a wonderful world of nuance on this American planet, and it’s in between the same shit. Between the Wal-marts, and the Targets, and the Old Navys, and the Wendys and the McDonalds, there’s a world. A world full of wonders, and nuance, and interesting little artifacts of culture, taste, smell and sound.

But you don’t see it, because they don’t market it. But that’s no big deal. You’ve got the internet, and you can search out these little things. I encourage Americans to do the same. Ireland isn’t a mono-culture either. It’s not all potatoes, whiskey, and special potatoes for making special whiskey. We’ve got food that isn’t boiled meat and boiled cabbage. There are beers that aren’t Guinness. There are people that aren’t alcoholics. There are colours other than green. There are phrases other than Slainte.

Any any Americans that happen to be in a position of power – export things that are better. There’s novelty in exporting twinkies, and red vines, and there’s some cross cultural exchange that can be had there, but there’s better stuff to be had. There are things that are integral parts of your culture that are worthy of sending to other people. There are also things that are not worth exporting. Like mountain dew – Satan’s radioactive urine.

Imagine other countries complexity. They’re full of people just like you. Some of them like shitty Mac and Cheese, some of them won’t accept anything other than the very best caviar. There are assholes on both ends of the spectrum, and every gradation between and often these people are the prime target of the enterprising assholes. I’ve noted a fair few people in Donegal putting ice in Coors light, because they realize just how bad Coors light tastes when it’s warm. So to them I say, instead of buying crappy American beer, drink good American beer. Or just drink better beer. Expand your cultural horizons, and then maybe we can get to a point where genuine cultural exchange is happening.

Then maybe we can do away with phrases like “Well, in America…” and “Well Irish people…” We can understand each other better. And please tell me, dear readers, that nobody is of the belief that Velveeta is either good, or actually cheese. Don’t listen to those enterprising assholes.