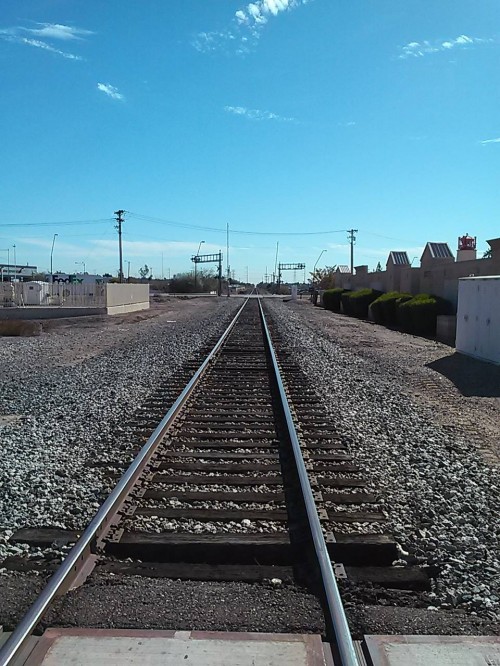 Something, something, railway to hell. Not every caption is a winner.

Boy have I not been looking forward to this one. It’s been on the list of prospective topics since the beginning of this work, and I’ve dreaded it. Because this topic is so huge and nebulous. It’s like trying to eat a bowling ball – how the hell are you supposed to get into it, to the fleshy center? How to penetrate this thick skin? Oh well, fortune favours those that attempt to write about the American healthcare system. Let’s start with my personal experience of healthcare.

So by all accounts I’m a relatively healthy and robust individual. I’m overweight, but as far as doctors I’ve talked to are concerned, I’m relatively ok. I no longer smoke (I do vape) I walk to keep my trim 215 pound figure. I drink beer, but hopefully not to excess. I ride a bicycle, and I ride like I’m a vehicle most of the time, so I’m unsure how that shakes out on the scale of exercise vs. exposure to danger. I’ve been eating my veggies, drinking my water, and staying off the crack pipe. I’ve never broken a bone, not that I’m aware of, and aside from occasional vertigo tilt after spending a while in the back of a car on the freeway at night, I haven’t had an run ins with the healthcare system. Never spent a night in hospital, aside from the whole being born in a hospital gig. People say when the chips are down “At least you’ve got your health.” I’ve got a pretty good relationship with my health now that I’ve dropped 60 pounds and started eating better.

I feel like I’m the sort of poster child for someone that doesn’t need insurance. I don’t work in a dangerous job, I’m pretty careful, I’ve got all my fingers and toes. I’ve fallen over a few times, but I’m fairly steady on my feet. Aside from the flu, I’ve got all my shots. I’m housebroken. I’m the full package, ladies. Back during my career as an unemployed dole jockey, there were benefits to consider. One of these benefits was the medical card. The medical card is one of those wonderful products of a welfare state, because it’s a benefit you receive because you’re unemployed. It functioned to reduce costs on the individual. Prescriptions were cheaper, stays in the hospital, trips to the emergency room, routine doctor visits for little things, dental checkups, free eye test every two years, that sort of thing. It meant that you could offset the cost of medicine, and of care, so that people didn’t remain chronically sick, because when you’re unemployed and sick, the last thing you need to do is spend the little amount of money you have on getting better. Can’t get a job when you’re sick, so if you’re broke, let’s make it a little easier. It was a good system.

I encountered a similar system when I was living and attending university in Northern Ireland. They have the NHS there, and if you’re a student you can get a card. Just register with a doctor, and you can get what you need for free. No cash money down. Sure, you pay it in taxes over your lifetime, but that’s how socialist healthcare works. “No money down; new knees today! No waiting!” Well there’s some waiting sometimes. I got a tetanus shot, I had blood tests to check for diabetes. I didn’t avail of the NHS all that much – didn’t have a need of it – but it was very nice to know it was there. I had wisdom teeth pulled on the NHS after being referred by a doctor across the border. I’ve had a few wisdoms pulled, never had to pay money for it, because I was unemployed. If you have non-pressing issues like that you can either pay to get it done now, or go on a waiting list and then you’ll get it done later when you get to the top of the list. The NHS even sorted out my tied tongue, for free. It was a good system.

And then I see this system. First off, the model is insurance based, not government based. So you’d imagine that the system would be stacked in favour of insurance companies, and you’d be right. There exists some terms, that make it deliberately hard to understand your insurance. ‘Deductible,’ ‘copay’ and ‘coinsurance’ and I’ve run across these words because as I type the enrollment for the affordable care act is open again this year. The deductible is the amount of money that you have to pay out of pocket before your insurance begins to cover you. So for the first $10,000 (or less) comes out of your pocket, if I’m understanding this correctly. So you get insurance and then it doesn’t pay for anything unless you have to fork out $10,000 first. Thus far this isn’t sounding like a good system.

Then there’s the copay. This is the amount of money that you must pay after the deductible. So you’ve forked out your ten grand, but to stop you using the insurance you have to pay a little bit out of pocket. I don’t understand why anyone would willingly go to the doctor for no reason, and then receive a prescription for no reason. I’m sure these people exist, but you’ll be paying out of pocket even when the insurance is paying for stuff. Add on top of this the monthly premium you have to pay. There are lifetime limits (I think that’s what they’re called) which mean that you will never pay more in a year than a fixed number regardless of the care that you need, but honestly that’s for people with large and chronic medical conditions and bills. I’m sure that’s a small number of people that have insurance, but being sick in America is expensive as shit.

I cannot for the life of me understand coinsurance. It seems to be another copay that applies after you exceed the deductible. Any healthcare pros out there that are reading, I’d love a better explanation of all three terms. I’m baffled in my attempts to protect myself in case I get sick.

So I’ve bantered on about the boner pills, but there are advertisements for everything. Even medications for really niche medical conditions that people have. They’ll even advertise a new medication for a new condition, and they’ll preface this by scattering symptoms around the commercial. “Do you go to sleep at night, or not, and wake up in the morning, or in the night? Do you toss and turn, or do you sleep soundly but still feel groggy? Then you have (some fucking thing wrong with you) and we just so happen to have a pill for it.” And then there’s a litany of disclosures that this medication might kill you, or turn you into a monster truck that craves human flesh or something. It’s baffling.

I don’t pry into the medical lives of my friends, but I’m wondering just how many people around me are on medications at all times. You hear that people are acting like they’re off their meds, and it makes me wonder if they are. Listen to the TV and you’ll believe that everyone should be on something. Everyone’s sick. But if everyone is sick, wouldn’t the healthcare system be better at curing them, or managing their pain, or defeating their illnesses? Medical companies are routinely among those that make the greatest profits worldwide, so why i anybody still sick?

Well clearly people are still sick, because it’s about money. Buy insurance forever, and keep paying the copays and keep coming in under the deductible and you’ve got the world’s greatest money spinner. I’ve heard that the need of medical care, and especially prescriptions is an “Inelastic demand” which means that if it costs $5 you’ll pay because you need it, and if it costs $100 you’ll pay because you need this if you wish to continue being alive. That’s no system that needs to have profit as its goal. That profit model will kill people.

If you’re like me, and a lot of people are despite the insistence from the TV that we’re sick, and you’re sturdy enough, you’ll figure you don’t need insurance. So people don’t pay in, and premiums go up because there’s a smaller pool of paying customers and a larger (relatively) pool of sick people that are drawing from the insurance. These people aren’t wasters, or fraud kingpins; they’re sick. They need healthcare. Used to be if you had a preexisting condition, insurance companies could deny you coverage. They could do all sorts of shit before the Affordable Care Act became law, now it seems that it’s a little better.

But it’s still baffling and money motivated, far as I can tell. I’m not against doctors earning money, or technology marching forward with the proper funding, but the system couldn’t give a shit about that in the grand scheme. Grind money out of the sick, grind money out of the well. Sell the well vitamins, and scare them with how expensive hospital stays are. Tell the well to stay well or the disease bogeyman will get them. Ebola will get them, so sell them hand sanitizer and gas masks. Americans are terrified of getting sick, and I’m sure it’s because everything is so fucking expensive. Just watch the show Breaking Bad if you want a party realistic look at what people will do when they’re scared of dying. Yeah, I get that it’s fiction, but my point stands. When you’re sick, you’ll do anything to get well. You’ll pay outrageous money, and they know that. So they’ll charge you outrageous money. This isn’t a good system.

Pay more in taxes, subsidise healthcare, create a single payer system, nationalize it, offer tax incentives, spend less on the military, or corn subsidies. Do fucking something to fix this. Because this looks to me like some kind of very slow motion disaster. Sick people should only focus on getting well. That’s how you keep a country happy, by keeping them healthy. I know some healthcare professionals, and they’re incredibly dedicated to keeping people out of hospitals. There are sick people in hospitals, and the carers I know wish to get them the fuck out of there, because if they never see you again they did their job. You’re well now. And these are the people that deserve the damn money, not a bunch of… thieves. Insurance is a form of thievery, and these guys are the best in the world at it.

So far no one in my time here has employed the phrase that I’ve been waiting for; “If you don’t like it, then you can get out.” I’ve seen it, it just wasn’t directed at me. I’m growing very fond of this country and its people. But that doesn’t mean that I’m about to just accept those things I see that are repugnant to me. This is not a good system. Needs fixing. Get somebody on that.