Gotta have that confidence 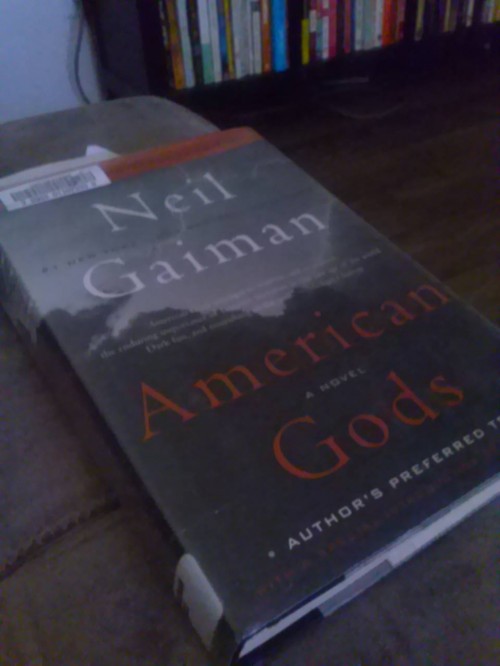 So that I’ve thoroughly alienated probably a large part of my audience, there’s no reason to stop there. One of the main aims of this book is to make sure that nobody ever reaches the end, because that’s where the really insightful stuff is. I only want the most soul-dead and irritated people to rage-read their way to true enlightenment. Well not really. Well… maybe.

So, in case you hadn’t heard, there’s a woman out there called Jenny McCarthy, a former MTV personality, turned anti-vaccine advocate. Before we get too deep into this, I’ll say the following; I believe that vaccines are probably the best advancement that humanity has made in the war against pretty much everything that can kill us. We never seem to be interested in warring against the things we use to kill ourselves, but I digress. For various reasons people can’t take vaccines, either because of adverse reactions, or compromised immune systems  or a number of other reasons I can’t speak to, because I’m not a doctor. My gripe isn’t necessarily with Ms. McCarthy’s insistence that vaccines do, or do not cause autism, or that she is or isn’t anti-vaccine, or any of the other things that cloud an issue that should be relatively straightforward.

My question is why would anyone take medical advice from people that are not medical professionals. I get that there are different ways and means of curing illness, however Irish comedian Dara O’ Briain made the point that we tested alternative medicines and those that passed the test – in that they worked – became ‘medicine,’ and everything else could just be considered a nice bowl of soup and some pot pourri. I don’t doubt that things that are not medicine do tend to work (The placebo effect is very real) and there’s something to be said for things that make you feel better. Because most of the time that’s what you’re after as someone who’s sick or in pain. You feel bad, and want to feel better.

People take all sorts of terrible advice from other people, and there are plenty of people over here that seem very ready to give advice, medical or otherwise, that isn’t grounded in any sort of fact, logic, or often even reason.

We didn’t land on the moon you know. The world is hollow, and there are a race of lizard people that live on the inner skin of what is our comparative outer skin. The bible’s the history of the world you know, line for line, blow for blow, no detail left out. Isis is going to kill you, the reds are coming from your children, the pot will rot your brain, chemtrails, alien invasions, crop circles, freaky DNA, pyramids, ancient magic, white witches, weight loss, weight gain, sweet protein, oxygenate your colon, bring a twinkle to your eye, smoking makes you cooler.

I don’t know if this is an artifact of American confidence, overconfidence, or some sort of zealous and dogged clinging to this information you possess – it’s true. This is truth, there is no other truth. No other truth is even possible, for I have the monopoly on truth. It’s always interested me that almost every religion has said that it is assuredly the one true faith. I will be amused at the stunned faces in the afterlife that had no idea you needed to worship and pay fealty to Ra, the sun god, or some pelt on sticks that was an object of adulation of some prehistoric people. The pelt is the one true god. Read Neil Gaiman’s American Gods by the way, cracking look at religions both ancient and modern.

I’ve never knew it was possible to see so many people that were right in one lifetime. They’re on the television, they’re making movies, they’re writing newspapers, they’re pundits, and talking heads, and jabbering ninnies with some sort of platform. I’ve noticed in my own life, that if you craft a phrase correctly, you can get people to believe you even if you have no idea what you’re talking about. I was having a conversation with some people who opposed transnational oil pipelines, because these pipelines have been leaking a lot. The phrase I employed was “Well, if you know anything about pressure systems, you know it’s beneficial to make the system larger, because then the pressure overall will decrease, meaning that the leaks aren’t so bad” and I was briefly believed until I admitted that I had no idea what I was talking about.

Maybe that’s it. If you speak with conviction, people will believe you, because you believe in yourself. It’s all about self-confidence. All else must be sacrificed on the altar of self-confidence, because that’s all that seems to matter anymore. You just get into a position where people will listen to you, then get them to believe you, even if you’re talking out of your ass, or you’re outright lying. It sounds nice to defer to someone that speaks with authority. They know what they’re talking about after all – he said it so well, and he says he’s an expert. And I suppose that swings us back to our point about Dr. Oz, and our point about media literacy.

I am, by no stretch of the imagination, in any way inferring that Americans are unable to spot a bullshit artist. People aren’t stupid. And I’m sure that if you’ve grown up in this country and in this culture, you’ll see a lot of these people coming before I do. That’s what makes it all the more baffling when people who have no right leading a discussion get into a position where they’re calling the shots as to the direction of the conversation. American politicians are excellent at doing this. I’ve seen Irish politicians fumfer and stutter, they turn red and you can hear the lies in their sweat. You know these are guys that wanted a little power, so they go it, and now suddenly it’s an embarrassment of riches. They very abruptly become aware that they have responsibilities now, and that once the good times go bad, not only are they out of a job, they will be hounded by people everywhere they go for the rest of their lives.

American politicians seem to have no such qualms. American politicians will shut down the entire government if they don’t get their way. Everyone be damned. Because they have a nuclear option, and they’ll deploy it with confidence if they feel the need. They’ll filibuster, and block, and aggravate, and they’ll campaign in the media, and they will totally hang people out to dry because someone sent someone else a picture of their dick. These are the most confident people that have ever walked the face of the earth, and they are the people with least right to be confident. This is probably a high minded notion that never actually applied, but aren’t politicians supposed to be public servants? Aren’t they supposed to be enacting the will of the people for the betterment of those people, and the nation?

George Carlin stated that politicians aren’t beamed down from space, they’re us, and he’s right. He said “Garbage in, garbage out” of the political system, and I don’t totally agree with that one, but he’s kind of right. When the loudest voices, the most confident people, those people THAT ARE ABSOLUTELY RIGHT and will not take no for an answer are the ones leading the debate, we don’t get best results. Confidence will kill us all. I saw a book in the library today that advocated a pre-emptive strike on Iran. The purpose of this strike? To destroy them before they destroy us with nuclear weapons. This is just a guy that wrote a book, he probably doesn’t have a lot of power outside of the pages of that book, but I’m sure he’s very confident in his opinion. There’s no other way around it.

Article one of the American constitution is all about the freedom of speech, and that’s wonderful. It’s probably the smartest thing a government has ever put into place, well except maybe the Magna Carta, but still it’s a good one. People can criticize their government, and they can criticize each other, and they can say whatever they want. Nobody is supposed to be able to bring harm on you just because they don’t like something that you said, outside certain caveats like libel and defamation and things like that. But. And oh what a but, a but that will probably get a lot of people angry.

With every right comes a responsibility. And I don’t see a lot of people here exercising a lot of responsibility in speech. They’re saying anything, and everything, and they’re so confident about it that people are publishing books about bombing Iran, and other people are giving Jenny McCarthy a platform to dispense medical advice. You can say anything you like, and I encourage people to exercise this right. Say anything you damn well please. But how often do you think the confident people stop to check their facts? Or how often will the confident people be persuaded to change their position when presented with new evidence that challenges something that they hold dear. You could call this thing they hold dear a prejudice.

I’ve used the phrase bullshit artist a lot during the writing of this thing, sometimes fondly, sometimes not, but I don’t believe it necessarily applies here. These confident people; fundamentalists, hard-liners, stalwart champions of the cause – they believe. These people are the true believers, and I’ve got to say that I think these people are probably the most dangerous. Because their positions are so often intractable. There’s no force on earth that will persuade them. In a debate between Ken Ham, head of a creationist museum, and Bill Nye, the science guy, they were asked what would persuade them to change their views. Ham answered confidently that nothing would change his mind – he was right and he was confident. Bill Nye was equally confident. His answer I think is a much better answer to the question though. The only thing that would change Bill Nye’s position on evolution;