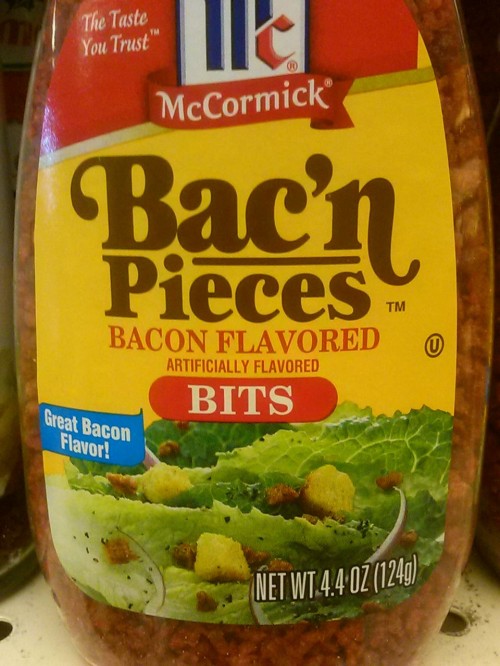 This post is kind of heavy, so here's one of my favourite WTF America pictures to take the edge off

So I’ve noticed a recurring theme in this life, as well as in this country I currently live in. Everyone’s got a problem. Doesn’t matter what the problem is, everyone’s got one. They can talk about it for hours, or sometimes they won’t even recognize it as a problem. I’ve discussed this in the confidence chapter, the religion chapter, the working chapter. Because underneath it all, most people actually have the same problem. And that problem is fundamentally misunderstanding the problem in the first place.

Let’s cobble together an example. Imagine if you will that your country in undergoing economic depression (that shouldn’t be a stretch for most of us) and you’re having a rough time of it. You have a job, but taxes are too high, you don’t get paid enough to make ends meet, and overall shit is just kinda fucked. Who do you blame? Well, there’s plenty of people to blame for this problem you have. You could blame the dole spongers, that seem to have money when you don’t. Yeah, that must be it – your taxes are letting them sit on their ass, so they don’t have to work.

Another example; the other political party are in power, and boy they are so much worse than the political party that you support. They enact policies that are harmful to your way of life, that impinge on your freedoms, that make the whole country go to hell in a handbasket. They give welfare (corporate or otherwise) to people, they take away or distribute guns. Damn other party, fucking up your roll.

The issue with these worldviews is that (and sing along with me, now) people are fundamentally misunderstanding the problem. Why are taxes high? Why are your wages low? In 2000, before the market crash, before 9/11, the unemployment rates were really low. Everybody was working. So did everyone decided within those ten years to become the “Non-working class” as I’ve heard them described, or have circumstances changed. Maybe your wages are depressed not because your taxes are too high, but because the market has devalued your labour because there’s an overabundance of labour. When everyone’s looking for a job, and they’re glad to have any job, wages go down.

The $10/$15 minimum wage argument is an interesting one. Most that I’ve talked to think this is either the best idea ever, or it’s the worst idea ever. Let’s begin from the position of the nays – it’ll cause inflation, people don’t deserve the money for the kind of work that pays minimum wage, tips mean that people earn higher than the minimum wage, the minimum wage isn’t supposed to be a living wage. Here’s where people are (sing along) fundamentally understanding the problem – none of that really matters. The isn’t an unemployment crisis right now, there’s a wage crisis. If people can’t afford to spend anything in a demand side economy (I demand; therefore you supply, instead of I supply; therefore you demand) then it doesn’t matter how much is in supply. If wages are higher, then people can buy things, then as demand picks up, supply can pick up which lifts up the whole system. Then there’s more demand for labour as business can’t meet supply, and you see how this cycle perpetuates. The argument about the minimum wage isn’t about the wage itself, it’s about resetting the floor on the labour market so more money is injected on the bottom rung of the working economy.

The other party. Oh the troubles they cause. Their policies are the pits. They don’t represent the will of the people, so we should vote for the party we like and then we’ll get the representation we want. What’s that? Local elections? Nah, we don’t need to turn up for those, they’re not important. And there is where people (sing, sing, sing) fundamentally misunderstand the problem. Back home when there’s an election, a party gets in, and then the opposing party forms what’s called a shadow government. This shadow government appoints ministers, and committee members and whatnot for the purpose of telling people what decisions they’d make, if they had the power. Every single political party that I’ve ever seen on the opposition benches is great at being in opposition. They wouldn’t do this, they would do that, they would like to issue an official statement about the policy that etc etc so on and such other bullshit.

Leading is different. The whole nation is in opposition to you (it must seem) and every decision you make will be second guessed and ridiculed. And maybe that’s a good idea, keep those bastards humble. However, once they flip sides, and the other party gets in, they’re the best leaders in the world. Every party is the best party in the world – when they don’t actually have the power to do anything. Sometimes they’re very good at obstructing the other party, as the GOP has been this last few years.

Switching your vote to the other party, or abstaining from voting, or other things of that nature doesn’t fix the problem you have, because money’s the problem. Politicians vote in accordance with the moneyed interests. Either their own, or a lobbyist, or what they believe is best for the economy of their state, country etc etc. Voting doesn’t impact nearly as meaningful a change as writing to your representatives does. A group of Irish vapers contacted their representatives in Europe and managed to swing a vote. Talking to your government, and making demands of it in those times between elections is what’s important. If you vote, then abdicate responsibility for four years, I guess your vote mattered a little, but you chose the outcome of those four years.

I’ve fundamentally misunderstood problems in the past. With education, and the ability to dissect your media, you get a much better idea of the root cause of problems. I’m not saying that I’m smarter than anyone, and that you must agree with me, I’m just asking that people think more deeply about the causes of their problems. Sometimes they’re not even problems that you have, you just think they’re problems and you have them. Persecution complexes are abound and people believe they have problems that they don’t. Perhaps what’s worse is, in line with the whole ‘temporarily embarrassed millionaires’ bit, people ignore problems that exist. Economic issues, racism issues, privilege issues. These things exist here as much as they exist anywhere else.

The main problem with (# # #) fundamentally misunderstanding the problem is that people put their energy and resources in the wrong place. Instead of voting for a good third party, people vote against the guy they hate. Instead of fighting a war on poverty, we fight a war on the poor. Instead of worrying about police brutality, we’re questioning how much of an angel a victim of brutality was. We make these justifications because we approach the world with a worldview that (# # #) fundamentally misunderstands the problem, so we make bad decisions. One could almost call it prejudice.

When I (# # #) fundamentally misunderstand, I ask myself why. Does someone have a vested interest in me not getting it? Am I privileged, or prejudiced, am I wrong, misinformed, misled, or just plain ignorant of some facts that exist.

You would hope that most Americans were a little more media savvy than most people, being that they’re surrounded by media. But sometimes you realize that Americans are a lot like the rest of the people worldwide, and you don’t realize this fact because they’re showing off their best qualities, their empathy, or their humanity. Sometimes Americans can be dicks. Sometimes it’s towards a whole group of people that don’t deserve it. And sometimes they’re the most compassionate people on earth. Mostly they’re both at once, because you can’t condense a people down to a single example.

We reduce other people because then we don’t have to think about it, we can just think about the problem. Problems, a lot of the time are easy to solve when those problems are not not attached to people. “We could solve the homeless problem if we just ticketed people in city centres” is the kind of suggestion that someone took seriously and implemented. But because our old friend (# # #) fundamental misunderstanding, someone thought the problem was that homeless people were sleeping in the city centres, when the real problem is that people have slipped through the cracks and are living on the street.

I’ve said that we need to imagine each other complexely, and that the truth resists simplicity (I believe I have, and if I haven’t before I’m quoting author John Green) and we need to live by those maxims. We need to engage with painful truths about racism, sexism, and violence if we hope to live in a peaceful society. But hey, maybe I’m (# # #)… you get what I’m driving at.