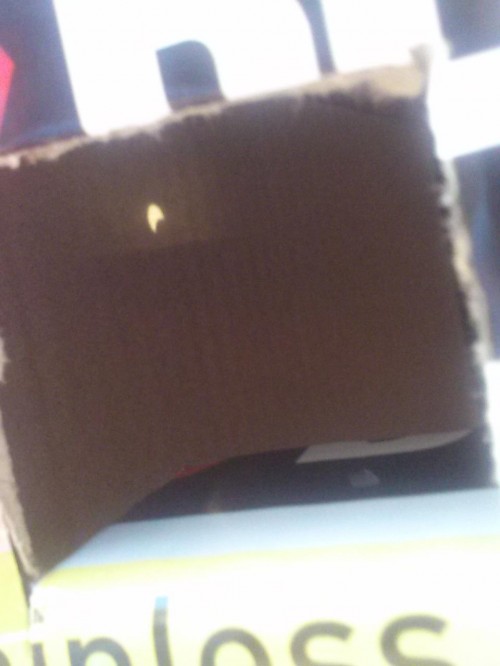 Follow me on a journey. You had taken your protein pills, you have put your helmet on. You’ve been blasted into space, and your mission to be the first dude out the door on a new planet. As you travel, you see the place you come from fade behind you, and you travel past star systems, nebulae, and cosmic wonders. Your mind travels as you travel, you consider just what you’ll find when you arrive.

You fly, weightlessly, through clouds of neon and xenon, the atoms crackle against the hull as you are safe inside, shielded from the radioactive malestrom outside. Your new home is far away, and you’ve been briefed on some basic information. You know some landmarks, you’ve been warned about the local plants that you don’t want to eat, and the local animals that you don’t want to poke with a stick.

Your verdant fields of green will be replaced with sparse vegetation, with a lot of rocky outcrops, scattered rocks, and sandy plains. You won’t be able to see the activity of glaciers, because the landing zone wasn’t on as high a latitude as your home country. You were nominated for this great honour by your friends, your romans, your countrymen, and you’ll be the first. Like I said, you’ve been given some scant information, so really you have some soft information. It’s not a hard and crunchy fact. It’s not a truth that you can measure against, it’s a truth you can test again and again.

But you land on the planet, and you find 7-11s, and cadillacs, and some weird version of football that primarily arranged around big men colliding against one another while grabbing an egg shaped ball, with their hands. Little kicking, no sphere. It’s not like the reports at all. Much more to the point, this planet is inhabited by strange aliens. They’re around 6 feet tall, they look similar to you, but not the same, and the say things like “Hi Helen” and “Thanks, Obama!” This was not in the report. So these humanoids consume foods, some of which is similar to the foods you grew up with, but the ingredients can be very different.

So they look humanoid, but you come to the conclusion at some point that this species evolved independently from yours. It’s like when you hear about life on other planets, and there are creatures that somehow figured out how to live on sulfur instead of air, or something. It’s not quite the same. It’s like a mirror world.

Honestly, culture is the big thing that makes this planet different. Sure, you can chalk weather and such down to axial tilt and the rotation around the local star, but the majority of the stumblings blocks in integrating with this society will be cultural. But the plan wasn’t even necessarily to integrate with this culture. The paperwork didn’t tell you that there would even be humanoids, so you’ve got to learn their ways fast. I liken it to the story they tell about the first thanksgiving (More on that in a later chapter) The way I heard it was that the native americans taught the pilgrims to farm during their first year on The Northern American continent, and then they had a big harvest festival to celebrate. Additionally I’ve heard that the pilgrims were a bunch of morons in search of cold, so without native intervention they’d have frozen to death and starved, because it’s hard to eat gold.

As with most human cultures that happen upon an outsider, this culture you’ve stumbled upon took you in. They give you some local food, they give you a funny tasting drink, they dust you off, and they get you out of that silly spacesuit that is too hot for the local climate. They begin to explain, through a series of gestures and some words that you apparently have in common, how this planet functions. They appoint a king every few years, and everyone hates him during his term. They tell you how their interesting food works, and the marvellous processes they’ve derived for making something called ‘Whipped Topping.’ You explain to them your culture, you tell them about your planet, and your journey across the stars, and they seem interested. The more you tell them, the more both parties realize that there are more and more things in common. The present you with a beer like substance, and a cheese like substance, and a tv show like substance. It’s all there, but it’s all slightly different.

Ok, I’ll put this tortured metaphor to bed. My point is that there’s a sense of the uncanny for me, a lot of the time. I was out in the desert with some friends, shooting for most of the day, so my brain is full of sound and fury right now, but I’ve been comparing it to last year when we went shooting. I was a new person in this country, and had never really handled a gun before, and I had never encountered this sort of environment before. I didn’t know where the social faux pas were, to the point that when I received a compliment on my good shooting, I was sure that I had done something wrong. When you live on planet America, it kind of resets your expectations of how people are going to act. It’s best to ask if you don’t know, because in my experience people love to talk and they’re more than happy to talk when it comes to a subject they know well. I’ve found this to be pretty universal wherever I’ve been.

Your expectation is that, I guess, people will be much the same and that’s true to an extent. But Americans, because of their differences in culture, are like a different species of people that has evolved in isolation in tandem with yours. You share the same root species, but there was a branching at some point where things diverged. To make a crass point, interbreeding is still possible, but I feel like Americans are a distinct species compared to me and my people. Distinct enough to note differences, and those differences are distinct enough that I felt it necessary to write this book about it.

I’ve gone native on this new planet. Their way of life makes a lot of sense, once you start to swing your perspective around until it lines up with the way they live, and their culture. When surrounded by the abundant food, and the firearms, and the politics, and the ways of thinking, you can feel your brain start to make different connections. I’m sure that there’s no American brain, but I’m fairly certain there’s an American way of thinking. I’m not sure that I’m totally on board with it, but I feel the species gap narrowing, because no matter how great the cultural gap, it can be bridged. I didn’t realize for a long time today that one of my shooting mates was British. She’d lived here for so long that she looked American to me, and she sounded that way too.

I wonder if this is the fate of explorers that come to Planet America. The culture surrounds you, takes you in, you forget that there are other worlds out there, because your thought process extends only as far as the planet you live on. Obviously I’m aware this is planet earth, I’m employing an extended metaphor. But this is how it’s felt to me. And if you’re able to get back to your home planet, what do you tell them? What information do you bring? Like living on the moon and settling down – would the children be so accustomed to the local gravity that they couldn’t possibly live back on old terra? Then the cultural valve suddenly flows in the other direction. They become the explorers, going back to the old world, and they see the difference. But do they see difference, or do they just not see the things they know?

I know when I got here that I was searching for markers of the old planet here. And things may have rhymed, but they were not interchangeable. Maybe that’s how you settle on a new planet – by not attempting to make it like the old one. This new one has it’s own atmosphere, it’s own ecosystem, it’s own humanoids. So plant, sow, explore, tame, observe, understand. You’d be amazed at the things that can grow and flourish here. And they’re all things that weren’t in the mission statement, things that weren’t in the paperwork.