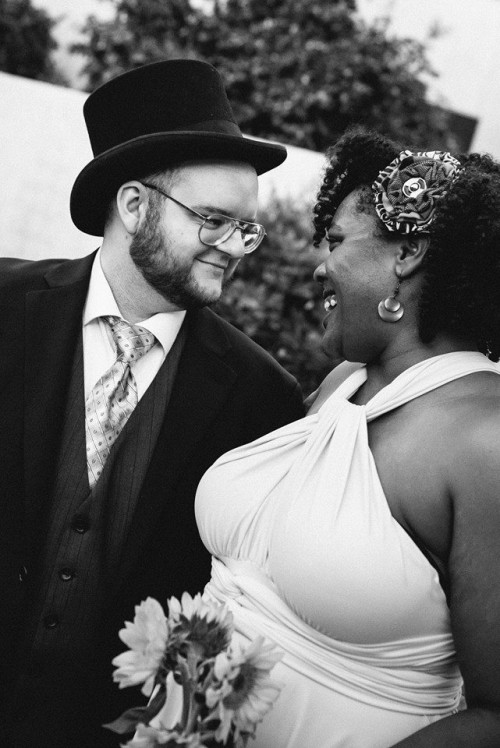 When this period of reflection began, this year didn’t feel like a year at all. Interestingly it felt like around 6 weeks, or maybe 3 months. Enough time to pass that you know it wasn’t a week or two ago, but no significant period of time. You’d describe it as a few weeks ago, or the other day. I feel like maybe it’s because I’ve been happy. It’s not like I’ve spent my entire life miserable or anything, but I had a fairly angry teenage period, and was sullen throughout high school, and most of college. And for a few years after college too. Returning from the US was painful, and it made the time thereafter longer. The only thing that punctuated my weeks was the dole pickup. I only had to leave the house once a week, so that’s all I did for a while. I became one with my chair.

That time became long, and slow. It was a grinding period wherein all I was doing was waiting. When you wait for time to happen, it does, but at a pretty excruciating pace. Slower than one second per second it seems. Some infinities are larger or smaller than others, and my personal 2 year infinity felt much like I’ve described it.

But this period of time, between October 31st 2013 and October 31st 2014 was short. Really short. I thought establishing a life would be harder, but it seemed to be pretty easy, honestly, once I had gotten the components together. Social security number, job, apartment, that sort of thing. I guess the time before and after feel so elastic because getting here and getting married was the end of a story. You build it up in your mind that this is the ending, the closing chapter, the end to two years of being so unjustly separated.

But, obviously, it’s the beginning. Of a new life, of a marriage, of a lifetime in another country. But it doesn’t really feel that way. They never go into the happily ever after in fairly tales because the happily ever after isn’t the interesting bit. There’s no drama without conflict, and as much as I’ve tried to serve up heaping dollops of character development, drams, villains and heroes in this book, this year has been very normal. Kimberlee and I worked together to earn our keep in this world. We cooked meals for each other, we shared the house work, we slept in the same bed, we went to parties, we drank beer, and went grocery shopping. Can you imagine Jasmine from Aladdin buying a cabbage? No, because who cares. It’s not all that interesting to most people. Honestly, if I had just moved here from New Jersey I don’t know that this book would exist. Most people in this position would tell you about the long distance relationship, and the challenges the relationship encountered. And then you get on a plane, or you drive to the opposite coast for a few days, and the story is kind of over. In fact, the story would probably end with the phrase “And the rest is history” because it is. It’s just a series of events that occurred after you left the theatre and someone came in to sweep up popcorn.

Because of the nature of social media, I know this year happened. It’s all listed up there, with date stamps, and pictures and people that I’ve met this year clicking like when I’ve said something they find interesting, or adorable, about a man encountering spray cheese for the first time. Which by the way, spray cheese is the American version of marmite. There’s no one that’s indifferent. This is either the worst thing ever, or the finest of American culinary engineering. This year happened. I have proof. This book is proof. But it still doesn’t feel real, because so much of it doesn’t feel new or different any more.

When you move to a new country, I feel like the key to achieving this normality – if that’s what you’re looking for – is not to try and engage with your world like you did with your old country. When I came here in 2011, I was always on the lookout for Irish things, and trying to live in the Irish way. That’s all well and good in the short term, but you’ll end up spending way over the odds on normal items, because now they’re in the ethnic foods section. I was told by a friend that had lived in the US previously that blending in was key, and while I don’t think I’m actively trying to blend in, I think I’m passing very well. My accent has always been pretty mild, but what little accent I had had softened further, as I pick up on the diphthongs of the people around me. A diphthong by the way is the sound that happens when you say two vowel sounds together, and in most cases it forms a consonant sound. This is where accents primarily come from by the way – different cultures have different diphthongs, and that’s where the variance comes from. So you pick it up from them.

You pick up the local habits and mannerisms, you start eating their food, and you start living the way they do, and pretty soon you’ve kinda gone native. I haven’t picked up a lot of American indulgences in the last year. I do now maintain a bottle of ranch dressing in my fridge, because chicken wings, celery, carrots, and pizza crusts are vastly improved by it’s presence as far as I’m concerned. I drink RC cola sometimes. I’m partial to a moon pie, I grab some twinkies on occasion. I spend more time around coffee shops that I do bars.

I’m trying to think about how much this experience has changed me, because usually at this point in a book, you’re starting to learn some lessons. The plot has developed substantially, and now you’re invested in your hero’s journey. You’re in it to the end by this point, hopefully. So around the middle of a book the usual thing is to present the main character with a point of no return. But we did that in chapter two, and I’m already in the US. So I guess I should lay some wisdom on you.

Well I’d like to but I don’t have a whole lot of it. One of the take home facts I can give you is that Americans are normal. Surprising I know, but it’s true. Yeah, they’re a little shinier, and a little happier, and maybe their opinions are louder, and the don’t drink as much and they own too many guns, but they’re normal folk. They put their pants on in the morning, same as you do. I was nervous when I arrived that I wouldn’t fit in with them. I’d be an oddity, there would be too many barriers, and we just wouldn’t get each other. But they’ve been remarkably welcoming as a group. I’ve found several of them that are willing to listen to me wax lyrical about the old country – because I enjoy being an oddity – and it’s fun for me. I like to think that I can facilitate a cross cultural exchange.

People also like to show me off. People will introduce me as “Dave; he’s Irish. As in from Ireland. Like he’s an immigrant. He only got here a year ago!” I’d protest, but I love the attention. It’s fun to be different, even while blending in.

I wish I had great wisdom to bring you on the subject of marriage and living in the US. Mostly it’s just normal. Never go to bed angry, either at your spouse or at America. Always try to have a rational conversation when you’re angry at each other, either your spouse or America. Don’t hold grudges against your spouse or America – they’re both doing their best with what they have, and honestly your spouse and America know that you can be pretty hard to deal with too. Kimberlee and I had waited 5 years to be together, so what’s most important to us now is just spending time together. Those things that are normal, like sitting on the couch together, are special to us. So I guess never take your relationship with your spouse, or America, for granted.

You know what? Pop psychology, and canned advice, goes a long way to telling you what sort of relationship you should have with your country. Nurture your America, care for it, look out for it’s interests. But let it grow and change, let it be itself, allow it the space to understand itself as a young and growing nation. I believe the sequel to this book may have to be a self-help book for constitutional democracies.

So here’s to the United States of America, where I’ve just spent my first full year of marriage. I’ve learned that Americans, mostly, are just normal people. Don’t believe the hype when people tell you Americans are insane, or they’re a bunch of gun toting psychos, or they eat cheesecake instead of brushing their teeth, or whatever other prejudiced nonsense is out there. The Irish have positive stereotypes, and that can do us a dis-service too. It’s normal here. Amazingly normal most of the time. And then sometimes you visit a gun store for the first time, and it behaves like a cathedral. Or you visit the grocery store and there’s religious breakfast cereal. Or the tv sells you boner pills.