So as referenced by the previous post, I started brewing my second batch of beer.
This beer seems to be more fraught with problems than the previous brew. I am using DME instead of regular brewing sugar so I guess some of the problems are understandable. 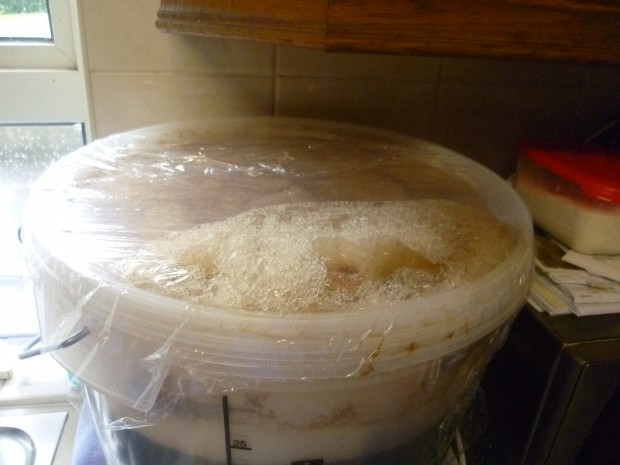 That foam is called the Kräusen and having it exit the top of the fermentation vessel is called a blow out. It’s kind of a double edged sword seeing this happen;

The beer is fermenting aggressively, which is awesome. However, we will be losing a small amount of beer, and possibly flavour [etc] from the brew. Also a possible loss of head retention when we move on to bottling.

The other problem this brew had was a misplaced O-ring around the tap which lead to a tiny leak that would have grown over time, but I managed to seal that up fairly easily.

I love watching science happen, and learning more about the brewing process. There is no such thing as “experiment failure”. Every result is a result, and despite how bad this may look, it’s totally fine. Just interesting.