Man do I ever want a job. Or at least some source of income that’s fun to earn. Jesus this sucks. Ah well, economic crisis it is then. 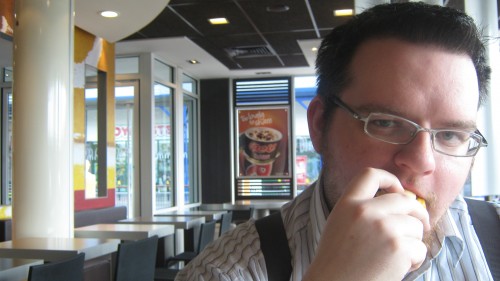 On the up side Sin and I were up early enough to go into town and get a Mc Donalds breakfast. I’ve never had one, and in Sin they invoke memories of the LA riots so it was a fun morning discussing the taste of the maple syrup and how awesome the sausage mc muffins are. I mean damn, it was awesome. And for those of you that don’t know, it’s a burger made out of sausage meat. And you can get a double. Two breakfasts for 13 dollars. I’ll call that a win. But getting out of bed before 10am sucks. 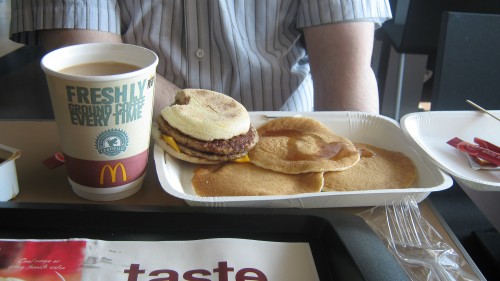 The breakfast in question. The tea wasn’t that bad either.