Ok, so I’ve been geeking on tech-hack all night, and I’ve been reminded of something I’ve wanted to do for months. 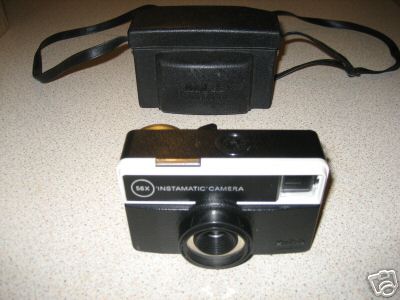 I bought an old camera in a charity shop, and was devastated when I found that they no longer made film for it. Hours of searching on the internet revealed that some people modified the old film canisters to take 35 mm film. Now, for a camera designed to be ridiculously simple, that seems complicated.

I’ve never tried a tech hack before, but it seems right up my street. As soon as I gather all the relevant materials: digital camera to be wrecked, jewelers tools set, super glue and the instamatic body.

I’ll keep you posted as soon as I get started.

The mario cube project is still on hold, I don’t have paint supplies or a work bench…

Also planning on building a workbench. And I’ve been commissioned to build another coffin, so it’ll be fancier than the first. I’m thinking gold accents. It’ll be great

Seems like the mad carpenter is going to be very busy in the coming weeks and months. Thanks for the support.